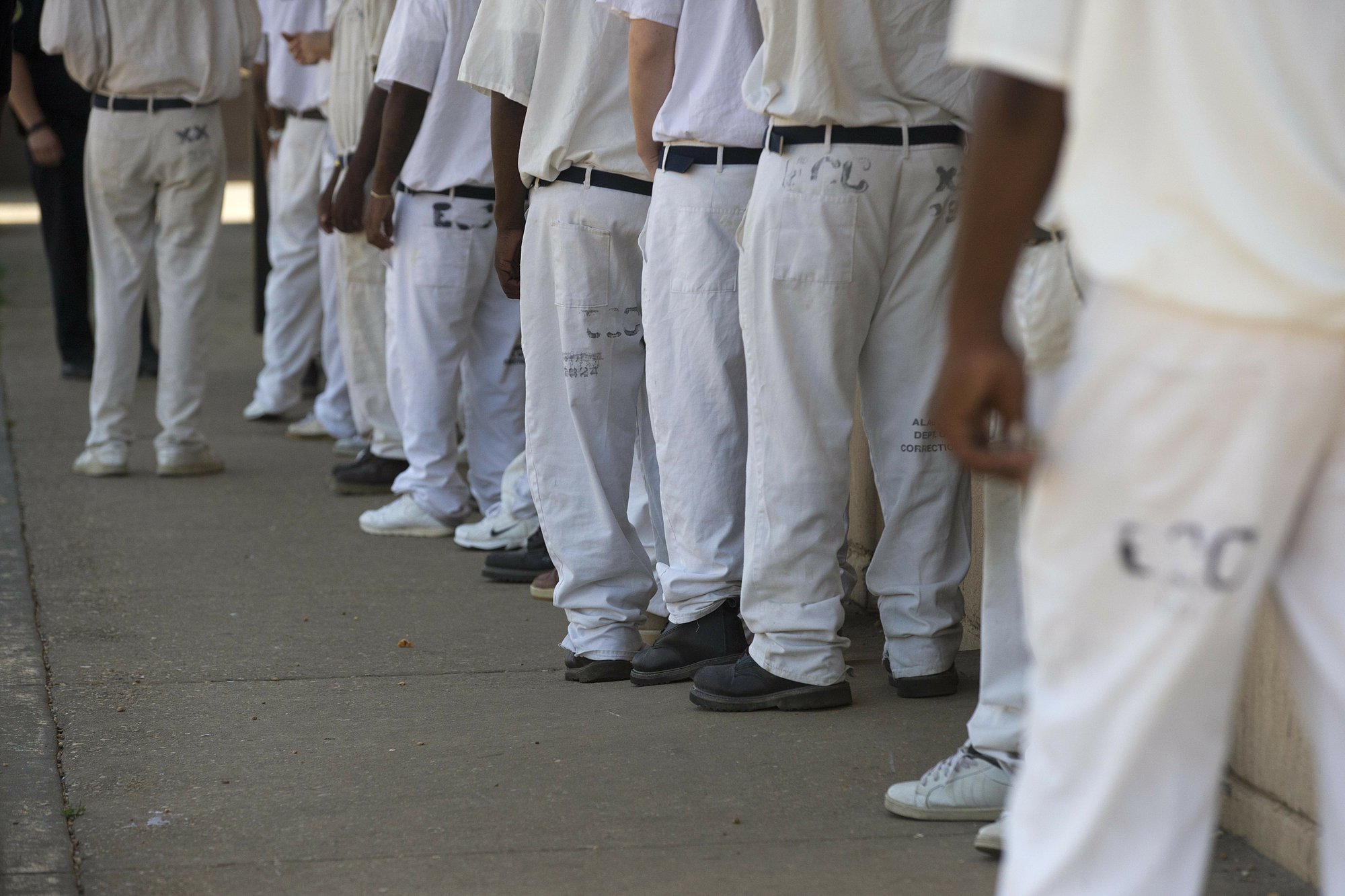 The Justice Department issued a scathing report on Alabama’s prisons on Wednesday, saying the state is violating the Constitution by failing to protect inmates from violence and sexual abuse and by housing them in unsafe and overcrowded facilities.

The department gave Alabama 49 days to correct the violations, or possibly face another federal lawsuit.

“Our investigation found reasonable cause to believe that Alabama fails to provide constitutionally adequate conditions and that prisoners experience serious harm, including deadly harm, as a result,” said Assistant Attorney General Eric Dreiband, who leads the department’s civil rights division.

Gov. Kay Ivey responded with a promise to work together on “an Alabama solution.”

The report condemns virtually every aspect of prison operations, chronicling a “broken system” beset by poor staff training; an inability to prevent the flow of drugs and weapons from entering; “and a high level of violence that is too common, cruel, of an unusual nature, and pervasive.”

It lays out in stark detail a culture of violence across the state’s 13 prisons for men, which together house roughly 16,000 inmates in conditions that are among the nation’s most overcrowded. It describes inmates brutally attacking each other with knives and other weapons, and a management system that undercounts the number of homicides and fails to protect prisoners even when there’s been warning of a problem. Staffing shortages, it says, are at a “crisis level.”

Investigators reviewed more than 600 reported inmate-on-inmate sexual assaults from late 2016 through April 2018, and “did not identify a single incident in which a correctional officer or other staff member observed or intervened.” Rapes happen day and night and in all corners of the prisons, including dormitories, cells, showers and recreation areas, it said.

One prisoner was killed in February 2018, one day after telling prison officials he’d been threatened in a dispute over a cellphone. In another prison that month, an inmate who’d been repeatedly disciplined for knife possession fatally stabbed another prisoner in a knife fight.

In a single week in September 2017, two inmates stood guard at the doors of a dormitory while two others repeatedly stabbed a prisoner who eventually bled to death; another inmate was stabbed and had to be evacuated by helicopter; and a prisoner in a dorm reserved for inmates with good behavior was attacked with a sock filled with metal locks.

The prison system documented 24 prisoner homicides between January 2015 and June 2018, but the Justice Department says this high number was an undercount: It identified three more, and said the state sometimes classifies violent deaths as arising from natural causes.

“This is especially concerning given that these incident reports are used for public statistical reporting as required by law,” the letter said.

Alabama’s prisons also have a high suicide rate, and a federal judge in 2017 ruled that the state has provided “horrendously inadequate” care to mentally ill inmates.

“The Justice Department hopes to work with Alabama to resolve the Department’s concerns,” Dreiband wrote.

Ivey said she appreciates the “open lines of communication,” and said the state has already been trying to address problems, citing her proposal to build three new mega-prisons for men.

“Over the coming months, my Administration will be working closely with DOJ to ensure that our mutual concerns are addressed and that we remain steadfast in our commitment to public safety, making certain that this Alabama problem has an Alabama solution,” Ivey said in a statement.

That statement of cooperation is undercut by something else in the letter: The Department says it still can’t determine whether Alabama’s prisons are protecting prisoners from excessive force and sexual abuse from staff, because its petition to enforce its subpoena for relevant documents remains pending in court.

Alabama also has been trying to address crowding through sentencing reform, but the threat of a federal lawsuit will force the state to address other issues such as sexual assaults in prisons, said Republican state Sen. Cam Ward, who chairs a legislative prison oversight committee.

“We don’t have much of a choice. Something has got to happen,” Ward said.

This investigation opened in 2016 at the end of the Obama administration, which launched wide-ranging probes of troubled police departments and corrections systems. Some led to agreements to make changes under federal oversight. The Trump administration has been more hands-off, and former Attorney General Jeff Sessions, a longtime Alabama senator, limited the use of such consent decrees before he left office.

“I don’t think there is any dispute that the conditions in Alabama prisons are desperate. They are the worst I’ve seen in 35 years. There is an immediate need for reform,’” said attorney Bryan Stevenson. His Equal Justice Initiative asked the Justice Department to investigate the men’s prisons after the department intervened in Alabama’s only prison for women.