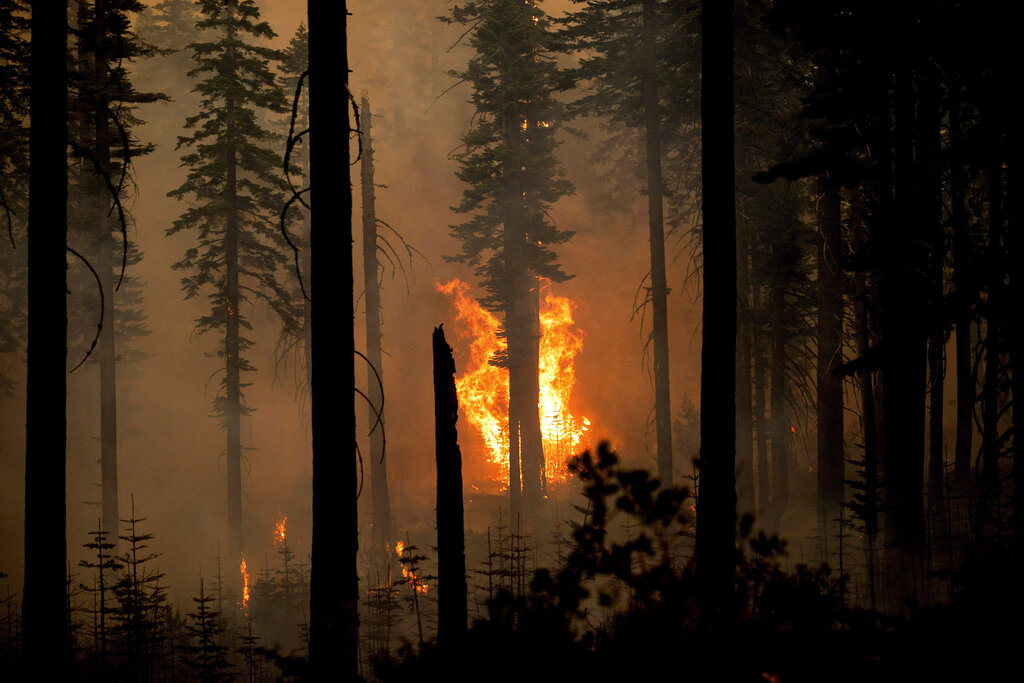 The blaze, dubbed Bobcat Fire, is within 500 feet (152.4 meters) of the observatory and crews are in place ready to receive the fire, said Angeles National Forest officials in a tweet Tuesday noon, adding that strategic firing is taking place in the south where air operations are strengthening dozerlines.

The astronomical observatory is located on Mount Wilson, a 1,740-meter peak in the San Gabriel Mountains near Pasadena, northeast of downtown Los Angeles.

"For the first half of the 20th Century, Mount Wilson was the most famous observatory in the world. The biggest telescopes were here, and their new designs were changing the way astronomy was done," wrote the observatory about its history on its website.

"The Bobcat Fire is knocking on our door. Fire officials predicted that the fire would approach Mt. Wilson from Echo Rock. It looks like they are correct," the observatory tweeted Monday night, adding that all observatory personnel have been evacuated.

The observatory tweeted Tuesday morning that its boundaries were "still secure at this time" and they have 12 companies of professionals from the Los Angeles County Fire Department to provide assistance.

Infrastructure in the area, such as broadcast towers, is worth over a billion U.S. dollars, local news outlet KABC-TV reported.

The Bobcat Fire, which started on Sept. 6, scorched 41,231 acres (around 166.8 square km) with only 3 percent containment as of Tuesday morning, according to InciWeb, an interagency all-risk incident web information management system.

"An increase in resources is allowing us to expand our efforts to reduce the fire's growth. Today's primary focus remains at keeping the fire from reaching Mt. Wilson and the foothill communities," said officials in an incident overview on Tuesday.

More than 1,000 firefighters are battling the blaze.

Evacuation orders are still in place for residents in parts of the City of Arcadia and City of Sierra Madre, which are close to the fire area.

Authorities said a smoke advisory will remain in effect through Tuesday due to the Bobcat Fire and the El Dorado Fire, another major wildfire in Southern California.

"It is heartbreaking to see the wildfires destroying properties, taking away people's lives and people have to evacuate their homes," tweeted Chinese Consul General in Los Angeles Zhang Ping Monday night on California wildfires.

"As the wildfires are closing in, we wish our communities stay safe. Salute to the brave firefighters and our sympathy to those families affected," he added, posting photos of firefighters battling the Bobcat Fire.