Major US financial firms are helping fund environmental destruction and indigenous rights abuses in the Amazon with billions of dollars in investments in questionable companies, according to a report published on Tuesday. 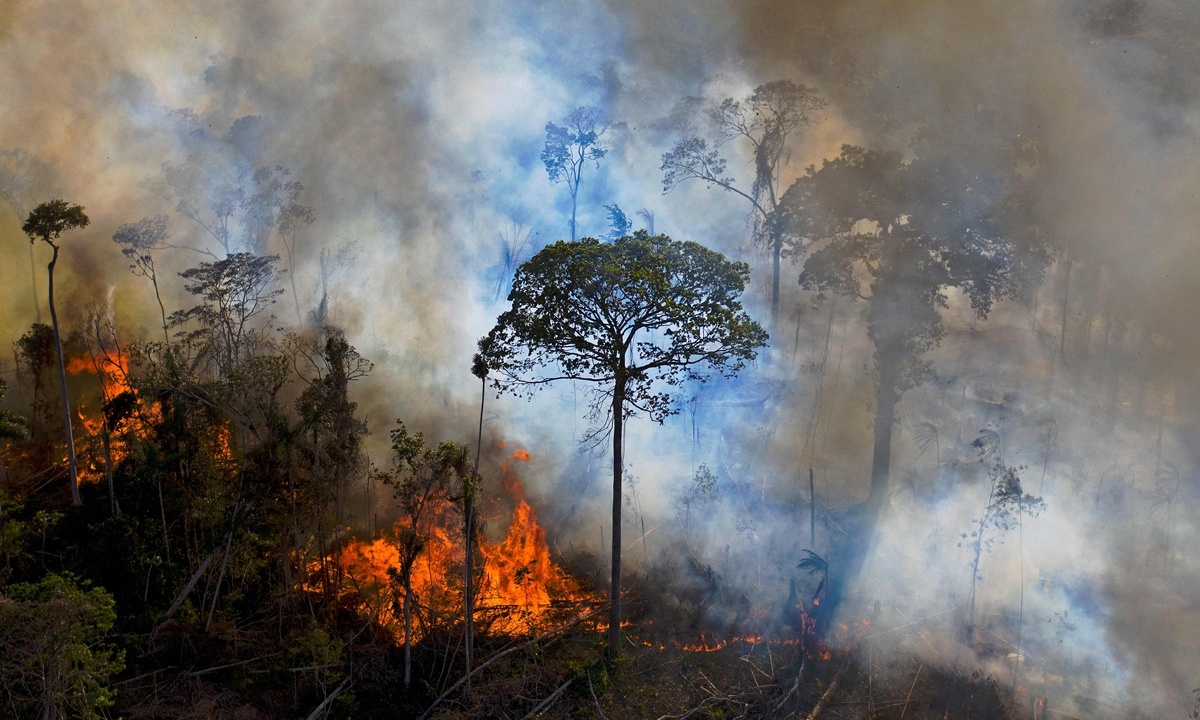 According to data released by Brazilian media on September 1, Brazil's Pantanal recorded a total of 5,935 fires from August 1 to 31. Since monitoring began in 1998, it is second only to the record in 2005. There were 5,993 fires in a single month. (Photo: VCG)

Six top firms - BlackRock, Citigroup, JPMorgan Chase, Vanguard, Bank of America and Dimensional Fund Advisors - have invested more than $18 billion over the past three years in mining, agribusiness and energy companies involved in a "series of abuses" in the world's biggest rainforest, found the report by the environmental group Amazon Watch and the Association of Brazil's Indigenous Peoples (APIB).

"Major financiers... are using their clients' money to enable the wanton behavior of companies linked to indigenous rights violations and the devastation of the Amazon rainforest," said Amazon Watch program director Christian Poirier.

"This financial complicity in destruction contradicts the climate and human rights pledges touted by some of these firms, exposes their investors to significant risk and contributes dramatically to the world's growing biodiversity and climate crises," he said in a statement.

The report investigates the firms' investments in nine Brazilian and multi-national companies accused of abuses in the Amazon. It accuses those companies of harmful practices including land seizures, violence against indigenous groups, illegal deforestation and the use of harmful pesticides.

Such conflicts around land are fueling a surge in violence against indigenous peoples in the Amazon.

Many of the companies denied the accusations.