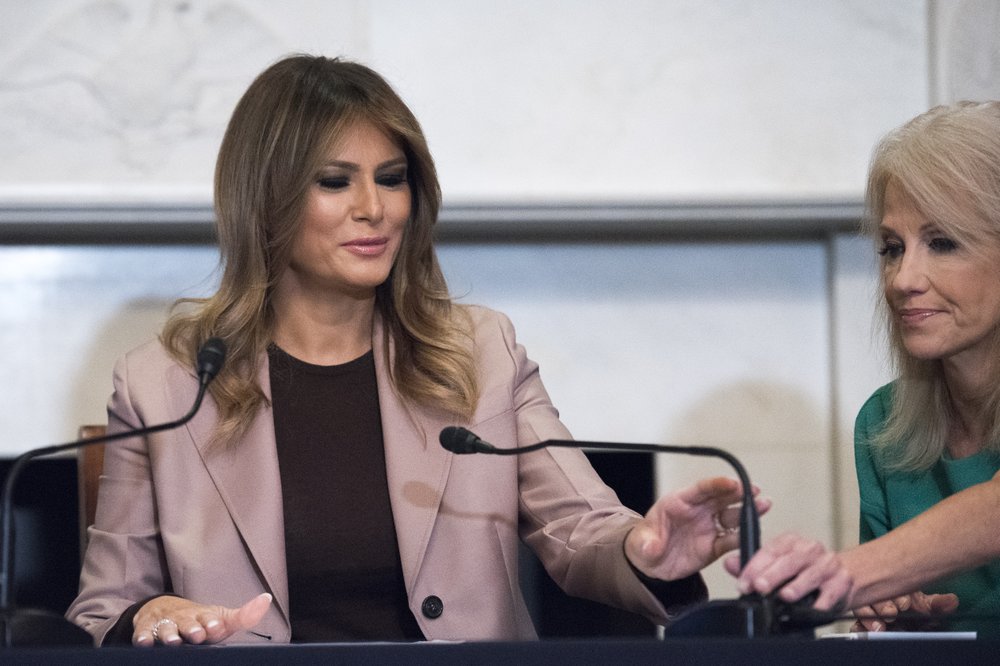 Melania Trump is marking the one-year anniversary of a federal law that increases access to treatment for people addicted to opioids.

The first lady made her only solo trip to Capitol Hill so far to thank Congress for passing the bipartisan SUPPORT Act her husband signed into law a year ago. She said that because of the law, “we are able to look at ways to reduce opioid use during pregnancy.”

There was no mention at the event of the Democrats’ impeachment drive against the president.