WORLD US forces establish new base in Iraq near Syrian border: report

US forces establish new base in Iraq near Syrian border: report

BAGHDAD, Dec. 19 (Xinhua) - The US forces established a new military base inside Iraq near the border with neighboring Syria in the western province of Anbar, a local newspaper reported on Wednesday. 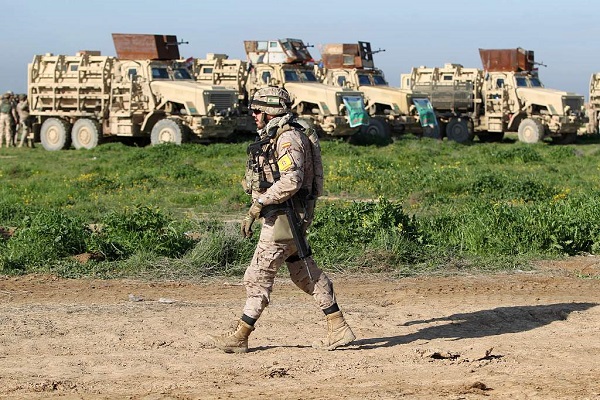 "The US troops built the military base in al-Maliha area near the town of al-Qaim, some 400 km west of the Iraqi capital Baghdad," the independent newspaper of al-Mashriq quoted the town's mayor, Ahmed al-Mahalawi, as saying.

According to the mayor, this is the second military base established in Rummanah area near al-Qaim. Another base was set up in earlier December.

"The new base is close to the borderline with Syria, apparently aimed at monitoring the border to protect the US forces deployed inside Syria near the Iraqi-Syrian border," al-Mahalawi added.

The newspaper also quoted Frahan al-Dulaimi, member of Anbar provincial council, as saying that the US forces "did not inform the provincial authorities about the military bases."

Al-Dulaimi added that "the provincial council has no power to prevent the US forces from building bases in the desert of the province."

Earlier in the year, the Iraqi government said that there was coordination with the US government to gradually reduce the number of the US troops in Iraq after the defeat of the Islamic State (IS) militant group in the country late in 2017.

Over 5,000 US troops have been deployed in Iraq to support the Iraqi forces during the battles against IS militants.

The troops were part of the US-led international coalition that has also been conducting air raids against IS targets in both Iraq and Syria.