WORLD US forces prepare evacuation plan for contractors from Iraqi base

US forces prepare evacuation plan for contractors from Iraqi base 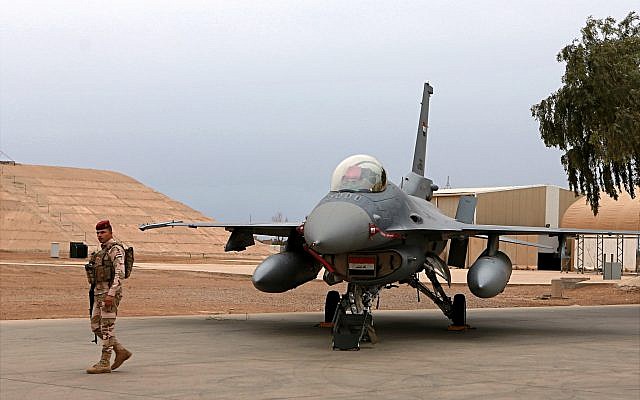 An Iraqi army soldier stands guard near a US- made Iraqi Air Force F-16 fighter jet at the Balad Air Base, 45 miles north of Baghdad, Iraq February 13, 2018. (Photo: AP)

BAGHDAD, June 21 (Xinhua) -- US forces in Iraq prepared a plan to evacuate hundreds of contractors of security companies from an Iraqi military base in central the country, an Iraqi security source said on Friday.

"The two US companies Lockheed Martin Corp. and Sallyport Global, prepared a plan to evacuate their staff from Balad air base, depending on the development of the security situation," the source told Xinhua on condition of anonymity.

"The two companies told their local Iraqi workers that they will inform them about the companies' final evacuation decision within 10 days," the source said.

"Security threats to the safety of the contractors were behind this sudden decision," the source said without giving further details.

Hundreds of US contractors are working with the two companies to provide support and advice for the Iraqi airforce after Iraq purchased F-16 jet fighters from the United States.

Balad air base in Salahuddin province, some 80 km north of Baghdad, was hit last week by three mortar shells, but the attack did not cause any casualties.

The latest decision came amid rising tensions in the Middle East between the United States and Iran, particularly after the Iranian air defense system shot down an RQ-4A Global Hawk unmanned aircraft on June 20.

Later on, US President Donald Trump on Thursday described the shootdown of a US drone as a "big mistake" by Iran.