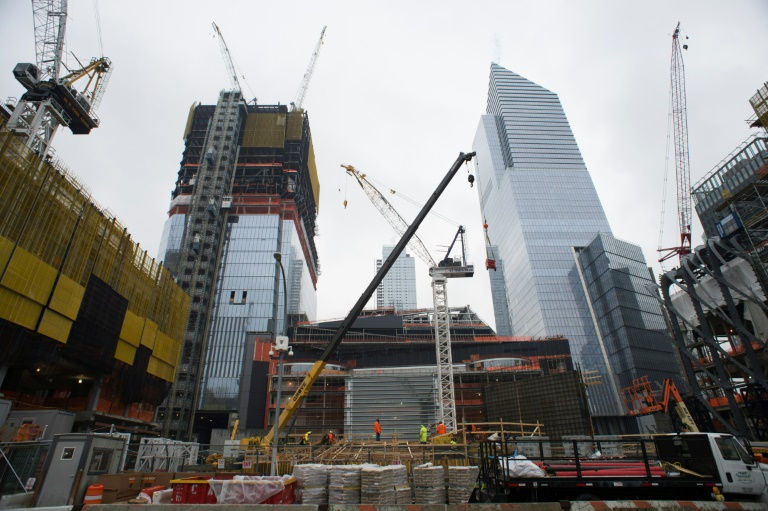 GDP grew 2.9 percent in the fourth quarter, 0.4 points higher than the prior estimate, the Commerce Department said. That rate was significantly faster growth than analysts were expecting.

The rosier result for the October-December period did not take into account December's sweeping $1.5 trillion tax cuts, which economists say should boost growth in the near term.

The third and final estimate of economic growth, based on a fuller set of data, was just shy of President Donald Trump's target of three percent annual growth.

But for the full year the growth rate was unchanged at 2.3 percent, faster than the 1.5 percent seen in 2016, but still well below Trump's goal and the 2.9 percent expansion seen in 2015.

The Trump administration is counting on an acceleration of growth to pay for the December tax cuts, which are expected to swell the budget deficit and add to the mounting US sovereign debt.

However economists say this may be unrealistic and current forecasts point to growth of below two percent in the first quarter of 2018, although first quarters typically are slower than annual growth.

The upward bump to the fourth-quarter growth estimate came from higher consumer spending on transportation, higher wholesale business inventories and updated statistical adjustments to account for seasonal factors, according to the Commerce Department.

The higher consumer spending on transportation saw US services grow by 2.3 percent in the quarter, up two tenths from the prior estimate and the fastest expansion in seven years.

Consumer spending on goods also saw its biggest quarterly bounce in more than 11 years after an upward revision of three tenths to 7.8 percent growth.

Despite the accelerating economic growth, corporate profits stagnated in the quarter, falling 0.1 percent after the prior quarter's $90.2 billion increase.

The December tax cuts imposed a one-time repatriation tax on foreign earnings, recorded as a $250 billion quarterly capital transfer from businesses to the federal government, according to the Commerce Department.