WORLD US GDP shrinks 0.9 pct in Q2 after Q1 contraction

US GDP shrinks 0.9 pct in Q2 after Q1 contraction 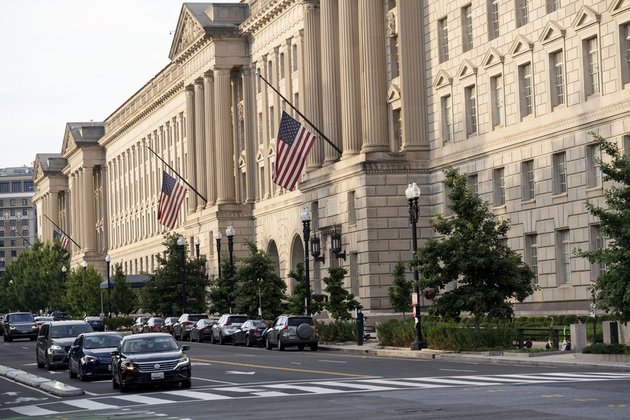 WASHINGTON, July 28 (Xinhua) -- The U.S. economy shrank at an annual rate of 0.9 percent in the second quarter after a 1.6-percent contraction in the previous quarter, the U.S. Commerce Department reported Thursday.

Imports, which are a subtraction in the calculation of GDP, increased.

With a first-quarter decline of 1.6 percent, a second consecutive quarter of negative growth would meet the technical definition of a recession.

"Insisting upon the precise definition of recession will be an even more fraught task in light of the unequivocal deterioration in economic activity reflected in today's 0.9 percent contraction in Q2 real GDP," Tim Quinlan and Shannon Seery, economists at Wells Fargo Securities, said in an analysis.

"Yet real consumer spending continued to forge ahead and the job market still has legs. It is too early (to) call the end of this expansion, but the hour is fast approaching," said Quinlan and Seery.

Federal Reserve Chair Jerome Powell on Wednesday dismissed the view that the U.S. economy is already in a recession, citing labor market strength.

"We're not trying to have a recession and we don't think we have to," Powell said, while acknowledging that the path to avoid recession has narrowed and may narrow further.

The latest data came one day after the Fed raised its benchmark interest rate by 75 basis points, the second in a row of that magnitude. The largest back-to-back rate hike in decades shows the urgency for the central bank to get surging inflation under control.

The increase is "excessive, especially at a time when the U.S. appears to be on the cusp of recession," and as U.S. equity markets have suffered the worst first-half-of-year losses since World War II, Desmond Lachman, senior fellow at the American Enterprise Institute, told Xinhua.

"The danger now is that the Fed does too much and drives the U.S. economy into an unnecessarily hard landing," Lachman noted.