WORLD US, Germany attempt to patch up defense ties after Trump uproar

US, Germany attempt to patch up defense ties after Trump uproar 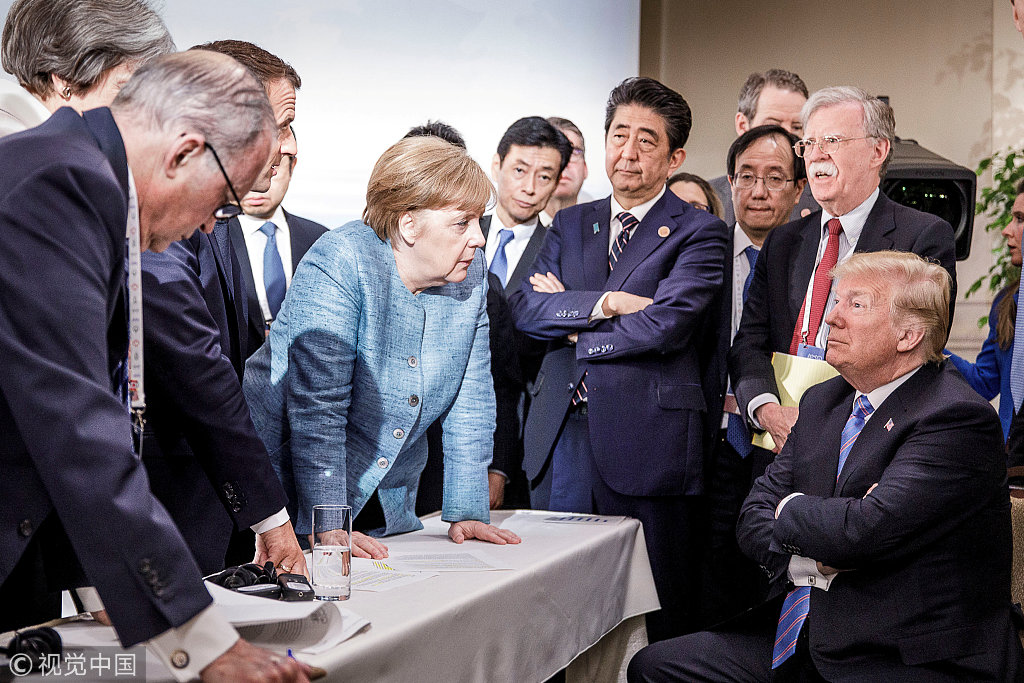 WASHINGTON - US Secretary of Defense James Mattis on Wednesday met with visiting German Defense Minister Ursula von der Leyen, as the two sides tried to patch up ties after US President Donald Trump's latest criticism of the European nation.

According to a statement offered by Pentagon spokesperson Dana White, the two leaders met to "reaffirm the long-standing defense relationship," and discussed a broad range of defense issues, including German efforts to increase defense spending.

Mattis thanked Germany's commitment to the North Atlantic Treaty Organization (NATO), the anti-Islamic State coalition, and the United Nations (UN). They "agreed on the need for all allies to focus on readiness and investments," read the statement.

In a clear attempt to soften tensions over migration and the defense budget, Mattis "praised Germany on their leadership across the alliance and congratulated her on Germany's recent election to the UN Security Council."

As the domestic division over migration escalated recently, Trump tweeted on Tuesday, without citing sources, that "Crime in Germany is up 10% plus (officials do not want to report these crimes) since migrants were accepted. Others countries are even worse. Be smart America!"

Earlier on Monday, he also tweeted that "The people of Germany are turning against their leadership as migration is rocking the already tenuous Berlin coalition. Crime in Germany is way up. Big mistake made all over Europe in allowing millions of people in who have so strongly and violently changed their culture!"

However, US media quoted the German government reports as saying that the country's crime rate has dropped to a 25-year low in 2017. German Chancellor Angela Merkel also said later in response that her nation's 2017 crime statistics "speak for themselves."

Relations between the two sides have also been strained over the US tariffs, and the US demand that Germany should increase its defense spending to 2 percent of its gross domestic product (GDP) by 2024.

The tense ties were captured on a photograph from the German government that shows Merkel and Trump, among a group of leaders at the Group of Seven (G7) summit on June 9, confronting each other. The picture has since then gone viral.

Earlier this month, Merkel told NATO Secretary-General Jens Stoltenberg that Germany is increasing its defense spending to 1.5 percent of GDP by 2024, which will miss the 2 percent target.

"We accept this target, but we are also giving realistic information," she said.

At an enhanced honor cordon welcoming von der Leyen to the Pentagon, Mattis tried to strike a compromising tone.

"We welcome the announcement that Germany will increase defense spending by 80 percent by 2024," he said.

He also cited the examples in Afghanistan "where Germany has determined to increase forces by 30 percent," and Berlin's bid to host NATO's new logistics command.

"I note here that Germany hosts the largest US troop presence in Europe, and the second largest in the world," he said. "In a significant way, our relationship remains unchanged."

For her part, von der Leyen said "We know in Germany that we have to take on our share of the burden to defend our democracies and our values."

It remains uncertain, however, whether the commitment of the two defense ministers could help overcome the many differences between the two countries, and Trump's rhetoric.

At the G7 summit, Trump likened the United States to "the piggy bank that everybody's robbing." He pressed other leaders to eliminate tariffs and subsidies, even threatening to "stop trading with them."

"But the damage of today's shock could be more profound, long-term -- and above all irreparable," he added. "I believe America needs partners ... But America can only recognize such a partnership if it sees the 'West' as more than a point of the compass and in the world more than a boxing ring in which everyone fights everyone."