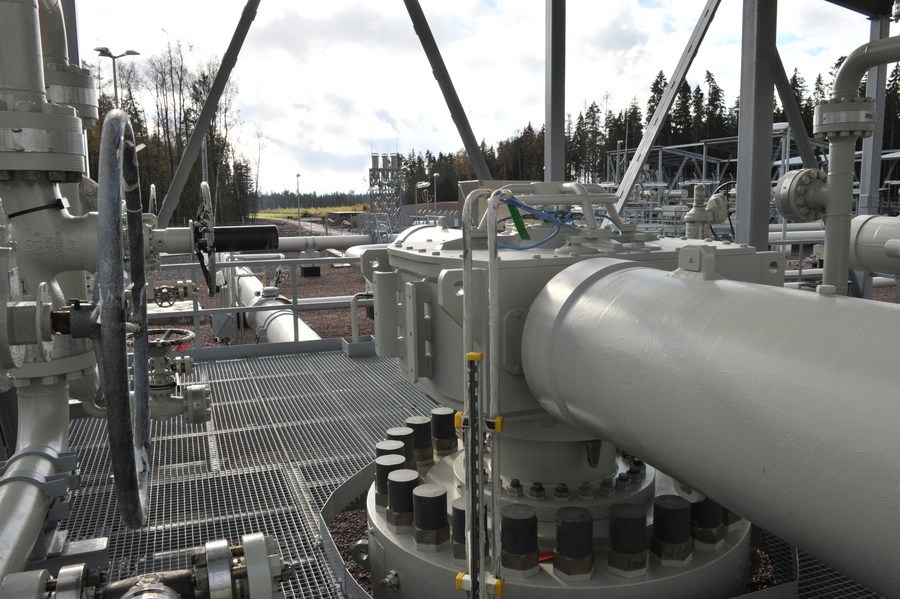 Picture taken on Oct 8, 2012 shows Nord Stream pipeline equipments before the opening ceremony of the North Stream second gas link in Portovaya bay, near the town of Vyborg in northwestern Russia. (Photo: Xinhua)

WASHINGTON - The US State Department said on Tuesday that Washington and Berlin had made progress on the contentious issue of the Nord Stream 2 gas pipeline project.

The 1,230-km gas pipeline, expected to be completed next month, would bring natural gas from Russia to Germany through the Baltic Sea.

"The Germans have put forward useful proposals and we have been able to make progress on steps to achieve that shared goal ... to ensure that Russia cannot weaponize energy flows," State Department spokesperson Ned Price told reporters during a daily briefing.

"We don't have any final details to announce yet, but I expect we will be able in a position to say more soon," he added.

State Department counselor Derek Chollet is on his trip to Ukraine and Poland this week. Price said Chollet will discuss the Nord Stream 2 and energy security with the two eastern European nations, both against the pipeline project.

During his meeting with German Chancellor Angela Merkel last week, President Joe Biden reiterated his concerns over the Nord Stream 2 project, warning "Russia must not be allowed to use energy as a weapon to coerce or threaten its neighbors".