US gives $2.5 million emergency aid for Venezuelans fleeing to Colombia 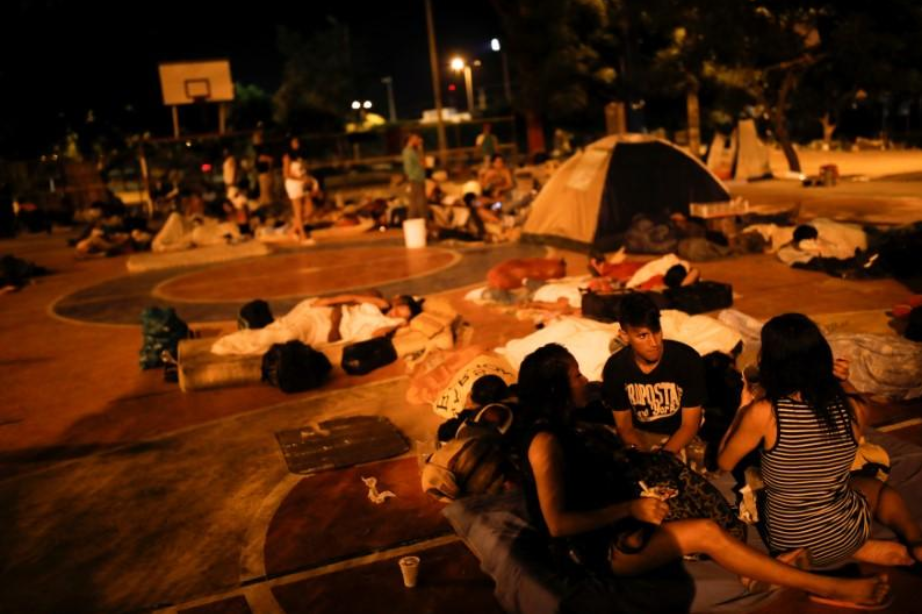 People prepare to sleep on the floor of a sport center, where a community of homeless Venezuelan migrants stays, in Cucuta, Colombia January 24, 2018. (Photo: Reuters)

The United States will provide $2.5 million in food and medical aid to Venezuelans fleeing their economically-crippled country to neighboring Colombia and is poised to help other countries if the situation worsens, US officials said on Tuesday.

It is the first funding by the US government’s main aid agency to help Venezuela’s neighbors deal with the influx of hundreds of thousands of people trying to escape hunger and poverty in Venezuela.

The move signals Washington is seeking to boost its involvement in the fallout from Venezuela’s crisis following several rounds of financial sanctions that have effectively blocked President Nicolas Maduro’s ability to borrow money abroad.

Mark Green, administrator of the US Agency for International Development (USAID, said in a statement that the assistance will go to Venezuelan migrants and the Colombian communities hosting them.

OPEC-member Venezuela has fallen on hard times under Maduro and more Venezuelans are leaving as an economic meltdown worsens and opposition hopes of fair elections fade.

“Regrettably, this crisis in Venezuela, which is now spilling into the broader region, is man-made - the result of continued political mismanagement and corruption by the Maduro regime,” Green said.

Colombia has borne the brunt of the exodus of Venezuelans. The number of Venezuelans living within its borders jumped by 62 percent in the second half of last year to more than 550,000.

The crisis has posed major challenges for governments in the region, who also worry that assistance to Venezuelans could increase the number of people leaving their country.

Another US official cited UN data showing more than 1.5 million Venezuelans have been displaced by the crisis. The USAID money was for the most vulnerable and was not meant to be a long-term measure, the official told Reuters.

In a joint statement, Representative Eliot Engel, the ranking Democrat in the US House of Representatives Committee on Foreign Affairs, and Rep. Ileana Ros-Lehtinen, the top Republican on the committee, said the funding was a “welcome start” but urged other countries to also step up.

They also urged the Trump administration to give food and medicine to Venezuelans inside their own country. The US official, however, said the Maduro government had refused direct assistance.

US Senator Bob Menendez, a Democrat, called for a donor conference to coordinate assistance for Venezuelans.