WORLD US GOP dismisses suggestion that State of Union be postponed

US GOP dismisses suggestion that State of Union be postponed

A grand Washington ritual became a potential casualty of the partial government shutdown as House Speaker Nancy Pelosi asked President Donald Trump to postpone his Jan. 29 State of the Union speech. She cited concerns about whether the hobbled government can provide adequate security, but Republicans cast her move as a ploy to deny Trump the stage. 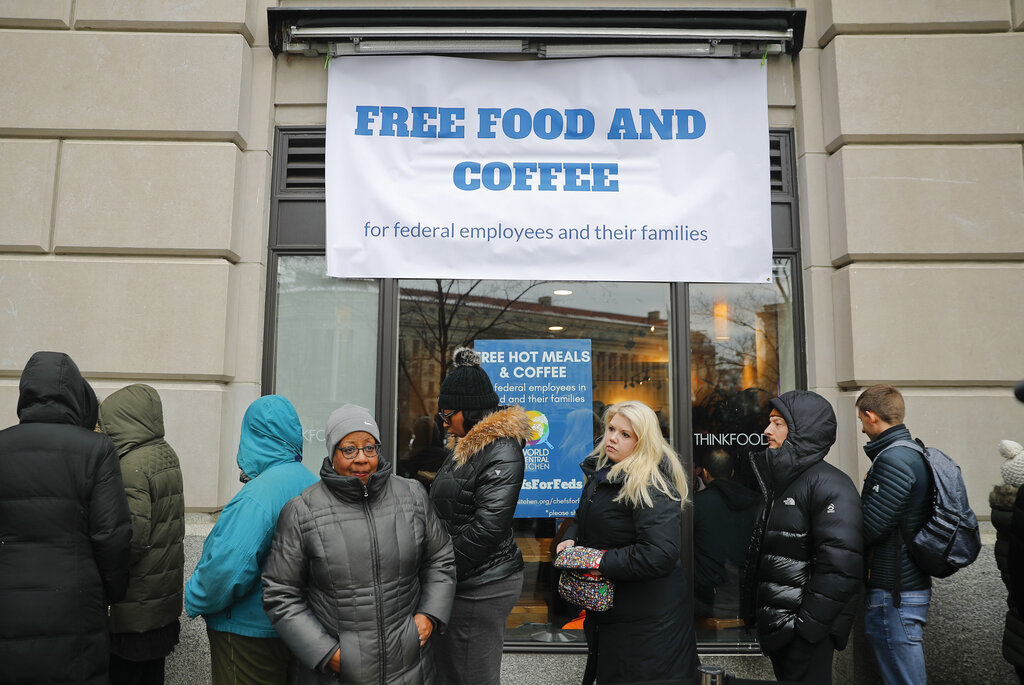 In a letter to Trump, Pelosi said that with both the Secret Service and the Homeland Security Department entangled in the shutdown, the president should speak to Congress another time or he should deliver the address in writing.

Homeland Security Secretary Kirstjen Nielsen denied anyone's safety is compromised, saying Wednesday that both agencies "are fully prepared to support and secure the State of the Union."

Trump did not immediately respond to the request, and the White House, thrown off guard by the move, didn't immediately offer any official response. But GOP allies accused Pelosi of playing politics, with Republican Rep. Steve Scalise tweeting that Democrats are "only interested in obstructing @realDonaldTrump, not governing."

Pelosi, who issued the customary invitation to Trump weeks ago, hit the president in a vulnerable place, as he delights in taking his message to the public and has been preparing for the address for weeks.

The uncertainty surrounding the speech also underscored the unraveling of ceremonial norms and niceties in Trump's Washington, with the shutdown in its fourth week, the White House and Democrats in a stalemate and the impasse draining the finances of hundreds of thousands of federal employees.

Pelosi left unclear what would happen if Trump insisted on coming despite the welcome mat being pulled away. It takes a joint resolution of the House and Congress to extend the official invitation and set the stage.

"We'll have to have a security evaluation, but that would mean diverting resources," she told reporters when asked how she would respond if Trump still intended to come. "I don't know how that could happen."

Pressure on Trump intensified on Wednesday, the 26th day of the shutdown, as lawmakers from both parties scrambled for solutions. At the White House, Trump met a bipartisan group of lawmakers, as well as a group of Republican senators, but progress appeared elusive.

The shutdown, already the longest ever, entered its 27th day Thursday. The previous longest was 21 days in 1995-96, when Bill Clinton was president.

While Trump's own advisers said the shutdown was proving a greater drag on the economy than expected, Trump showed no signs of backing off a fight that he views as vital for his core supporters.

On Wednesday, Trump signed legislation into law affirming that the roughly 800,000 federal workers who have been going without pay will ultimately be compensated for their lost wages. That was the practice in the past.

As he weighs a response to Pelosi, Trump could not go forward with a State of the Union address in Congress without her blessing. Donald Ritchie, former historian of the Senate, said that anytime a president comes to speak, it must be at the request of Congress. Trump could opt to deliver a speech somewhere else, like the Oval Office, but it would not have the same ritualistic heft.

Democratic leaders did not ask the Secret Service if the agency would be able to secure the State of the Union event before sending the letter, according to a senior Homeland Security official, who was not authorized to speak publicly. Pelosi's office said Congress is already familiar with the percentage of Secret Service and Homeland Security employees who have been furloughed and working without pay.

The Secret Service starts preparing for events like these months in advance.

Lawmakers struggled to find a way out of the shutdown Wednesday. Trump is demanding $5.7 billion to build a wall along the Mexican border that he says is needed on humanitarian and security grounds. But Pelosi is refusing money for the wall she views as ineffective and immoral, and Democrats say they will discuss border security once the government has reopened.

Sen. Lindsay Graham, a South Carolina Republican who has been working on bipartisan strategies, declared glumly: "I am running out of ideas."

Trump met a bipartisan group of lawmakers Wednesday that included seven Democrats. Two people who attended the White House meeting agreed it was "productive," but could not say to what extent Trump was listening or moved by the conversation.

The people, who spoke on condition of anonymity to discuss the event candidly, said it seemed at some points as if people were talking past each other. Lawmakers talked about the shutdown's effect on their constituents and advocated for "border security." Trump and others on-and-off used the term "wall." It was not clear if progress had been made, by those accounts.

Meanwhile a group of Republican senators headed to the White House later Wednesday.

Many Republicans were unwilling to sign on to a letter led by Graham and Sen. Chris Coons, D-Del., to reopen the government for three weeks while talks continue.

"Does that help the president or does that hurt the president?" asked Sen. Mike Rounds, R-S.D., among those going to the White House.

He has not signed the letter.

"If the president saw it as a way to be conciliatory, if he thought it would help, then perhaps it's a good idea," he said. "If it's just seen as a weakening of his position, then he probably wouldn't do it."

While Sen. Susan Collins, R-Maine, said she has signed, others said GOP support was lacking.

"They're a little short on the R side," said Sen. Joe Manchin, D-W.Va., another leader of the effort.

The House and Senate announced they are canceling next week's planned recess if the shutdown continues, which seemed likely. Some Republicans expressed concerns over the impact of the shutdown and who was getting blamed.

Said Sen. Ron Johnson, R-Wisc.:"Right now, are you seeing any pressure on Democrats? I think Republicans are getting the lion's share of the pressure."

He added: "The president accepted the blame so people are happy to give it to him."