US government restricts travel, trade with Cuba with new rules 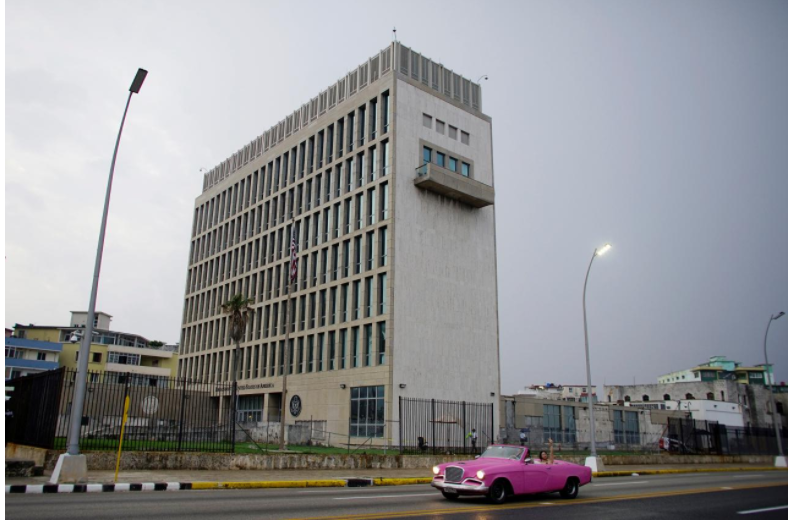 A car with tourists drives past the US Embassy in Havana, Cuba, October 24, 2017. REUTERS/Alexandre Meneghini. Photo: Reuters

The restrictions, which take effect on Thursday, are aimed at preventing the military, intelligence and security arms of Cuba’s Communist government from benefiting from American tourists and trade, the White House said.

They fill in the regulatory detail on a Trump policy speech in June, in which the Republican president called for a tightening of restrictions. Trump said then that the Cuban government continued to oppress its people and former President Barack Obama had gone too far in a 2014 diplomatic breakthrough with Washington’s former Cold War foe.

The regulations include a new list of 180 government entities, holding companies, and tourism companies from which Americans are banned from doing business. The list includes 83 state-owned hotels, including famous hotels in Old Havana such as Ernest Hemingway’s erstwhile favorite haunt Hotel Ambos Mundos, as well as the city’s new luxury shopping mall.

While US travelers will still be able to make authorized trips to Cuba with a US-based organization and accompanied by a US representative of the group, it will be harder for them to travel individually, according to the new regulations. Before Obama’s opening, travel by many Americans was similarly restricted to such organized trips.

Travelers need to be able to show a “full-time schedule” with activities that support Cuban people and show “meaningful interaction,” going beyond merely staying in rooms in private homes, eating in private restaurants, or shopping in private stores, an official told reporters on a conference call.

There was no immediate response to the new regulations from the Cuban government.