US government shuts down as Congress can't agree on spending bill 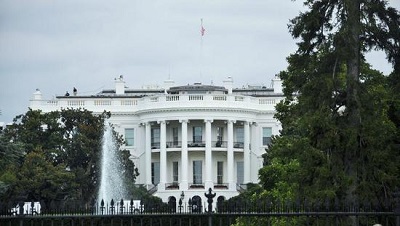 Washington(People's Daily) - The US federal government has gone into an official shutdown as the Congress failed to overcome a standoff over spending and immigration.

US Senate failed to advance a House-passed legislation to extend government funding for four weeks in a key procedural vote Friday night, triggering the first federal government shutdown since 2013.

The spending bill that expired at midnight was the third since fiscal year 2018 which began on October 1, 2017.

The House passed a stopgap spending bill late Thursday largely on party lines by a 230-197 vote and sent it to the Senate.

On a 50-49 vote that closed shortly after Friday midnight, most Democratic Senators voted against the bill because the budget didn’t include a deal to protect “Dreamers” from deportation. “Dreamers” are immigrants brought into the US at a young age.

"We will not negotiate the status of unlawful immigrants while Democrats hold our lawful citizens hostage over their reckless demands," warned Sarah Sanders, the White House Press Secretary in a mailed statement just before Congress missed the deadline to prevent a shutdown.

It’s unclear what step the Congress will take to fund the government. Though federal services and military operations deemed essential will continue, the failed vote will leave thousands of workers unpaid until the crisis is resolved.