WORLD US govt gears up to feed media with fake proof to discredit China on virus origins, as intelligence probe stalls

US govt gears up to feed media with fake proof to discredit China on virus origins, as intelligence probe stalls 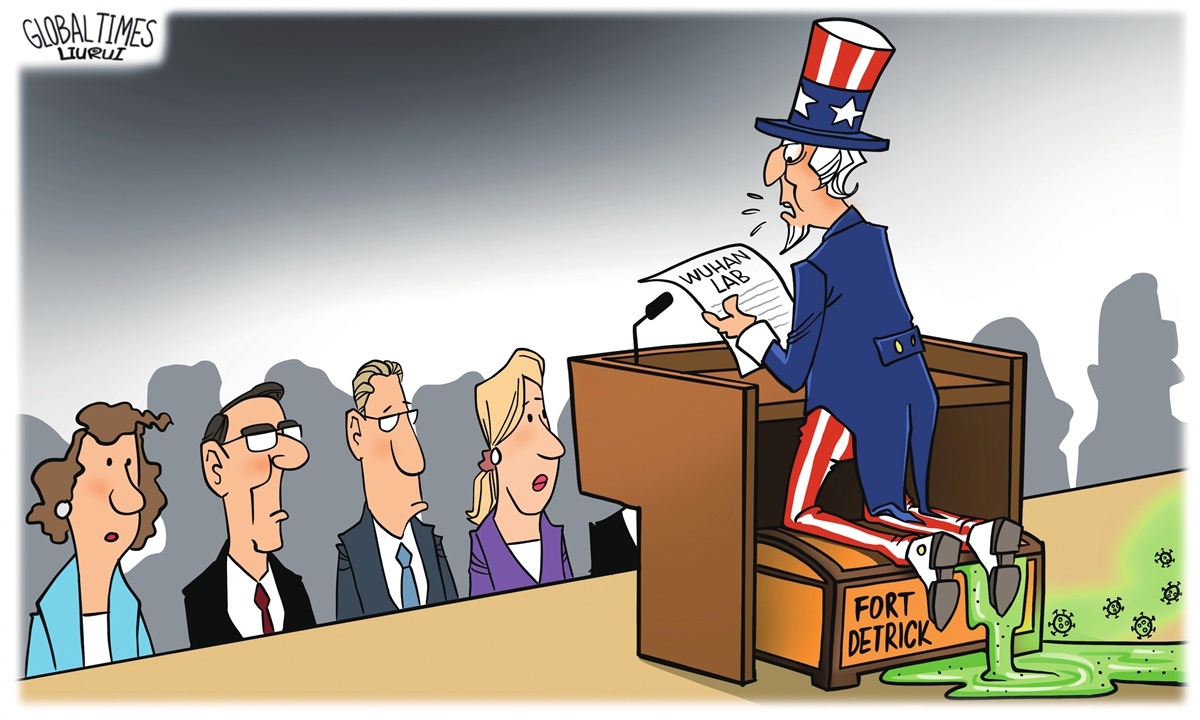 The US government is gearing up efforts to manipulate American media outlets to cooperate with its intelligence's investigation on COVID-19 origins targeting China and create a favorable atmosphere for public opinion to discredit and blame China on the issue. Its tactics include "feeding the US media fake information to fabricate the "China lab-leak theory," encouraging some media to stir up the "Chinese wildlife market theory" for virus origins, and manipulating its media to strengthen positive reports about Fort Detrick, a source close to the matter told the Global Times on Friday.

It comes as the Joe Biden-set deadline for the 90-day investigation into the virus' origins draws to a close. In order to formulate the report, the US is stepping up its efforts to coerce China's neighbors to participate in its campaign to smear China as the "source of the coronavirus," using vaccine aid, talent training and industrial investment as bait, and is pressuring the World Health Organization (WHO) and marshaling its allies, including the EU, Australia, Japan and other countries, to launch a "second-phase origins tracing" probe on China despite that even its own research institutions and allies believe that the virus was almost certainly not created via artificial means, sources told the Global Times previously.

But high-level officials from the US government believe that US intelligence agencies have not yet obtained substantial evidence for the "Chinese origins theory" or the "China lab-leak theory," while China's position of upholding the China-WHO joint study report and opposing all politicization of virus-tracing has won the support and recognition of many countries, the source said. Some governments and experts have joined China in calling on the WHO to investigate the US' Fort Detrick.

Given this backdrop, the US government will make full use of the dominant position of its media in terms of international communication, and "guide" relevant media outlets to promote the American narrative from all angles, resisting the "counterattack from China" and creating a favorable public opinion that believes discrediting and blaming China is the right thing to do, the source said.

To do this, the US government has been feeding the media with fabricated evidence of the "China lab-leak theory," and hyping reports from the WHO and international scientific community which were negative for China, the source said.

Recently, the US government stirred up some media to hype the theory that Chinese wildlife markets were the source, providing alternative plans to "convict" China, the source said. 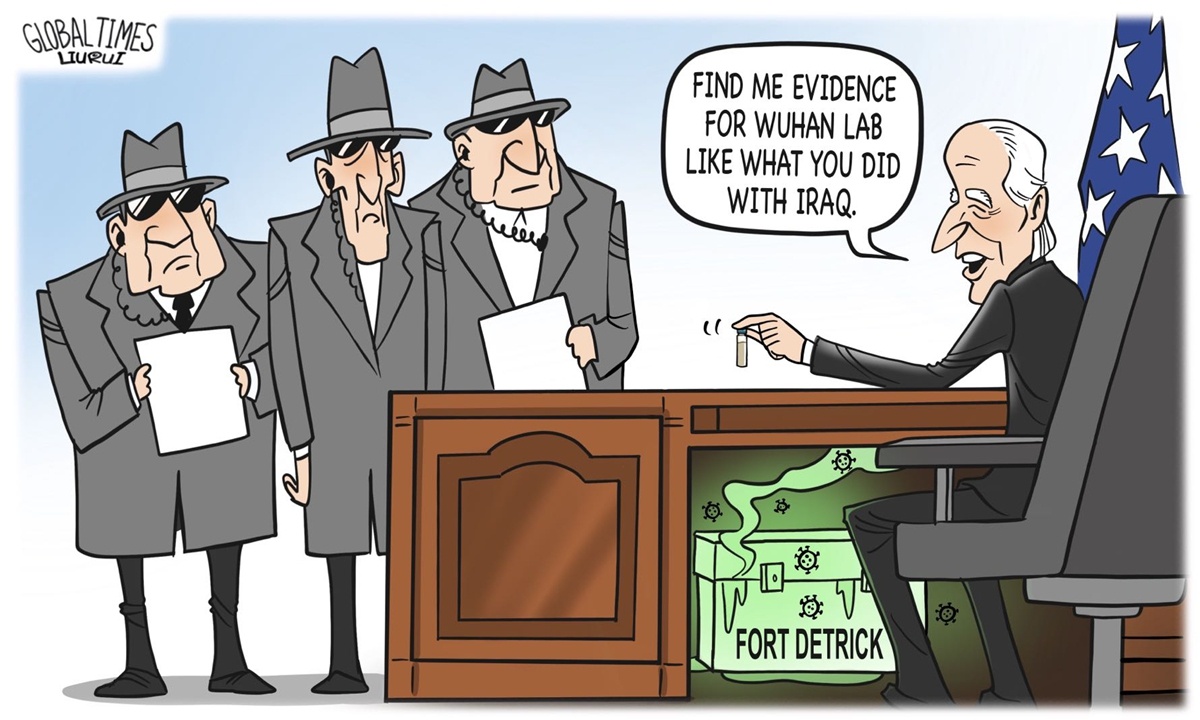 The US government has also been manipulating its media to strengthen the number of positive reports on Fort Detrick, disassociating the relationship between Fort Detrick and the novel coronavirus and trying to bring the focus of the investigation back to China.

Bloomberg on Thursday cited a study published in June which claims that a study on infected Wuhan wild animals may shed new light on the virus' origins.

The Wall Street Journal also published an opinion piece on August 15 jointly written by Robert Redfield, who previously served in the US Center for Disease Control and Prevention, and a Fox News medical correspondent.

The article hyped rumors that employees of the Wuhan lab were becoming sick with COVID-19-like symptoms in the fall of 2019, which has been repeatedly rejected and slammed by the Wuhan Institute of Virology.

After the Cold War, the politicization-orientated US intelligence agencies failed in dealing with all major decisions, including the Iraq War and Afghanistan War. It is clear now that US intelligence agencies did not provide balanced, neutral and objective analysis on issues, but catered to the political and public opinion of the US, Li Haidong, a professor at China Foreign Affairs University, told the Global Times.

He said politicization will determine the structure of the report on virus origins tracing even if it does not come out.

The US' virus tracing efforts are all about weakening China's influence, and it is understood by US policy makers to be a political attack that caters to its strategy of comprehensive competition and confrontation with China, Li said, noting it uses all of its available tools including allies and media to pull China away from its neighbors to the greatest extent, creating confrontation.