WORLD US has airlifted 7,000 people from Afghanistan: Pentagon

US has airlifted 7,000 people from Afghanistan: Pentagon

The United States has airlifted out of Afghanistan some 7,000 people fleeing the Taliban takeover of the country, a top general said Thursday. 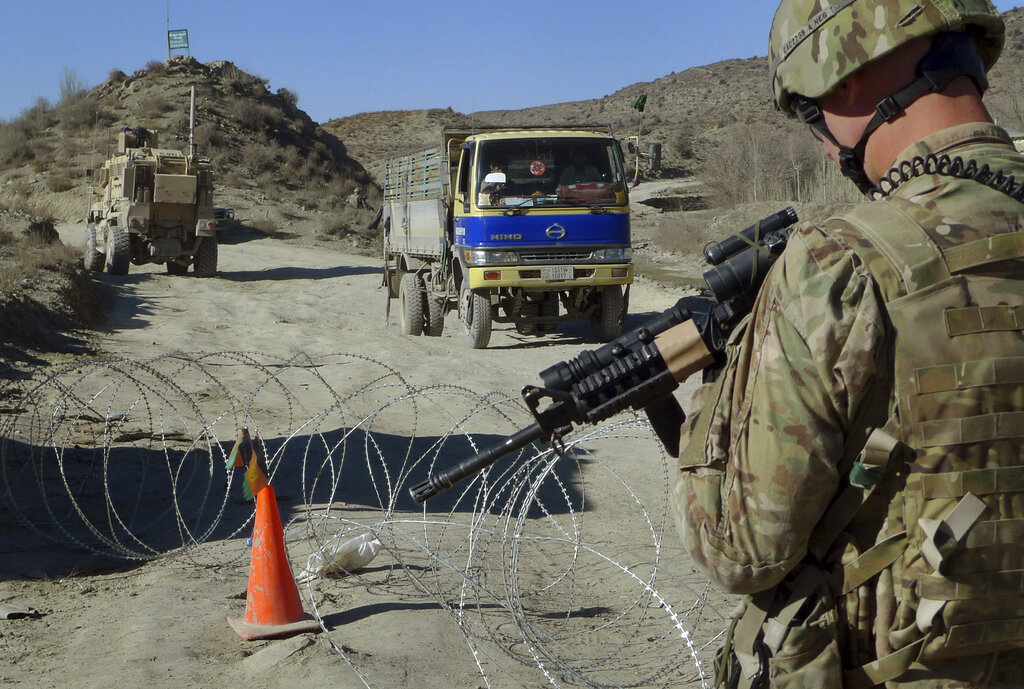 In this Dec. 1, 2011, file photo, a U.S. soldier with Apache Company of Task Force 3-66 Armor, out of Grafenwoehr, Germany, stands guard at a police checkpoint at Gulruddin pass in Sar Hawza district of Paktika province, south of Kabul, Afghanistan. (Photo: AP)

"Since the start of evacuation operations on August 14th, we have airlifted approximately 7,000 total evacuees," Major General Hank Taylor told a Pentagon briefing.

Since the end of July, "the cumulative number of people moved out of Afghanistan is somewhere near 12,000," he added.