LONDON, Aug. 19 (Xinhua) -- U.S. "hasty and ill-planned" withdrawal of troops from Afghanistan leading to chaos and deaths was met with wide condemnation, according to an article published Monday by British media the Daily Mail. 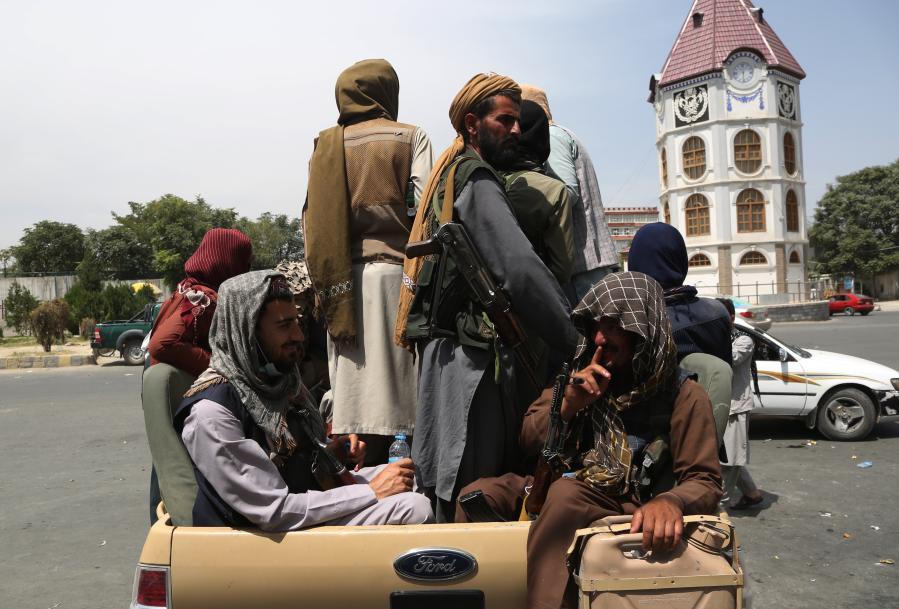 Taliban fighters are seen on a military vehicle in Kabul, capital of Afghanistan, Aug. 17, 2021. (Photo: Xinhua)

"The president never addressed the real questions: why would he not leave a few thousand troops to provide air power?" Elliott Abrams, Vandenberg Coalition chairman and former senior State Department official, asked in the article.

"Why did he not understand that his decisions would create chaos?" he said, viewing the withdrawal as a "disgraceful performance."

Following the Taliban takeover of Afghanistan, scenes of chaotic evacuation at the Kabul airport and desperate Afghans who fell from the sky after clinging to planes taking off shocked the world.

"It's not that we left Afghanistan. It's the grossly incompetent way we left!" Former U.S. President Donald Trump said, refuting President Joe Biden, who, in a speech at the White House on Monday, defended his decision to bring home U.S. troops before blaming Afghan leaders for their failure to prevent the country collapsing.

"It is unconscionable that the Biden administration accelerated this withdrawal without having plans in place to get all American citizens and allied Afghan partners who assisted American forces out of the country first," the article quoted Jim Carafano of the Heritage Foundation as saying.

"It is shocking that there was no contingency planning in place to respond to the worst-case scenario," he said.

At least eight people were killed during chaos at the Kabul airport on Monday, and two of them were shot dead by U.S. troops, the Daily Mail reported.