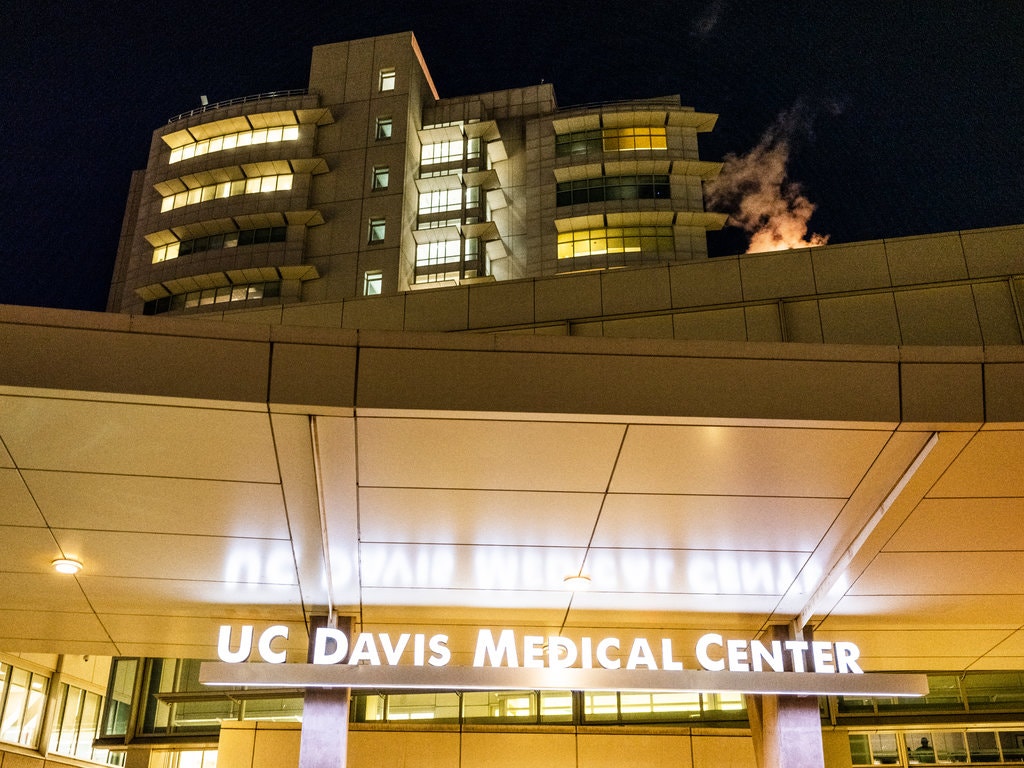 LOS ANGELES, Feb. 28 (Xinhua) -- California's health officials predicted that more novel coronavirus cases will be confirmed in the coming days after dozens of health workers exposed to the possible first community spread case of COVID-19 in the United States.

Peter Beilenson, Sacramento County's top health official, was quoted Friday by the Sacramento Bee newspaper as saying that he expected that a few of employees from UC Davis Medical Center, where a woman infected by the virus was treated, to test positive.

The patient, who lives in a 100,000-population community named Vacaville located between the cities of San Francisco and Sacramento, had not been exposed to the virus through travel or through any contact with any infected individual, according to the authorities.

The woman was admitted to the NorthBay VacaValley Hospital, a small hospital near the Vacaville in Solano County, on Feb. 15 with cold or flu symptoms. She was transferred to the UC Davis Medical Center in Sacramento on Feb. 19 due to the seriousness of her condition. Tests taken on Feb. 23 showed that she was suffering from the novel coronavirus.

In total, more than 100 employees of three hospitals are believed to have been exposed. In addition to those at the Vacaville hospital and UC Davis Medical Center, another three employees recently were sent home from Kaiser Permanente South medical center in Sacramento.

"I expect there will be a few positives, probably asymptomatic," Beilenson said, adding that he based the prediction on early data indicating 80 percent of people infected by the new virus have mild symptoms or none at all.

"The best guess is that there are people who are not showing symptoms, but, are, nevertheless, infected. That's a very normal way for diseases to spread," Matyas said.

At a press conference on Thursday afternoon, Matyas noted local authorities changed their approach to the virus from containment to control, saying that "we recognize that if we do have community spread, that it becomes necessary to consider more aggressive protection of our critical resources."

That not only means testing and screening, but also being more rigorous at the hospital level, as Matyas said, to "universally assume the possibility" that a patient seeking care and has flu- or cold-like symptoms may carry the virus.