US high court allows use of Pentagon funds for border wall 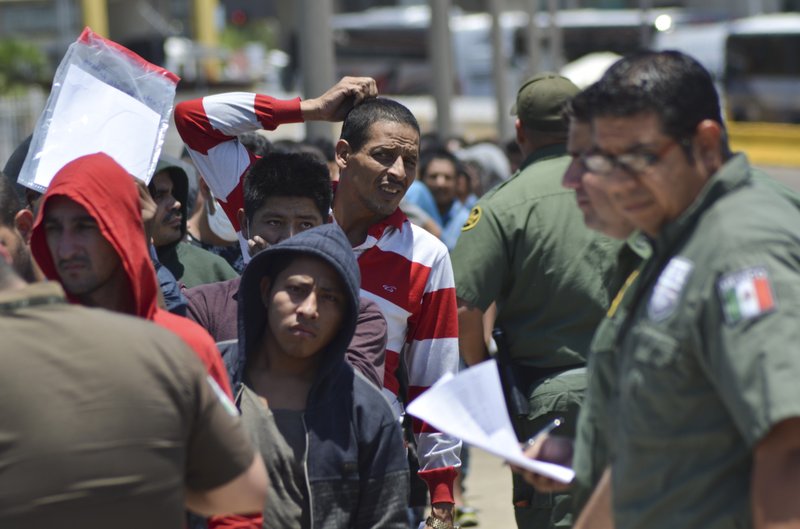 United States Border Patrol officers return a group of migrants back to the Mexico side of the border as Mexican immigration officials check the list, in Nuevo Laredo, Mexico, Thursday, July 25, 2019. (Photo: AP)

The Supreme Court has cleared the way for the Trump administration to tap Pentagon funds to build sections of a border wall with Mexico.

The Supreme Court said Friday that it would lift a freeze on the money put in place by a lower court. The Supreme Court’s action means the Trump administration can tap the funds and begin work on four contracts it has awarded. Four liberal justices wouldn’t have allowed construction to start.

A trial court initially froze the funds in May and an appeals court kept that freeze in place earlier this month. The freeze had prevented the government from tapping approximately $2.5 billion in Defense Department money to replace existing sections of barrier in Arizona, California and New Mexico with more robust fencing.