WORLD US hotels caught in fight over housing detained migrants

US hotels caught in fight over housing detained migrants 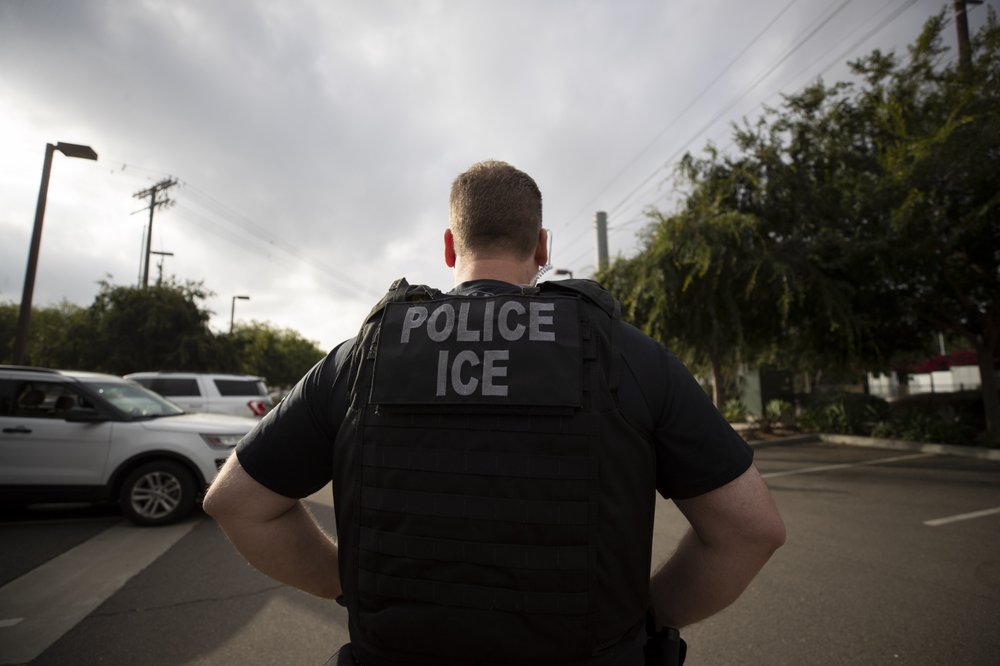 In this July 8, 2019, file photo, a US Immigration and Customs Enforcement (ICE) officer looks on during an operation in Escondido, Calif. (Photo:AP)

There’s a new target in the clash over immigration: hotels.

Advocacy groups and unions are pressuring Marriott, MGM and others not to house migrants who have been arrested by Immigration and Customs Enforcement officers.

For decades, the US government has occasionally detained migrants in hotels, and Acting ICE Director Matthew Albence says it might have to split up families if hotels don’t help.

It’s the latest example of a private industry caught in the political fray of an overtaxed immigration system.

Hotels don’t like to wade into politics. They’re used to accepting business without questions and tuning their lobby televisions to nonpolitical channels. They’re also used to working with the government, whether to host displaced flood victims, defense contractors or conferences.

But when the Trump administration announced immigration arrests targeting families the weekend of July 13 and said it might use hotels, the big companies responded. Marriott, Hilton, Choice Hotels, Best Western, Wyndham, Hyatt, IHG and MGM Resorts all released statements saying they don’t want their hotels used to detain migrants.

Hotels felt pressure from their unions — which represent thousands of immigrants — as well as from customers angered by recent scenes of overcrowding and other squalid conditions at detention facilities.

“Hotels are meant to welcome people from all over the world, not jail them,” said D. Taylor, president of the hotel workers union Unite Here.

The companies also needed to reassure customers that their properties are safe and not overrun by armed guards watching migrants, said Daniel Mount, an associate professor of hospitality management at Pennsylvania State University.

So far, there’s been little evidence of widespread arrests.

But the hotels’ stance frustrates Albence. He said ICE uses hotels “strategically” to keep families together before transferring them to detention centers or deporting them. As of July 16, the agency had 53,459 individuals in custody, including 311 members of families.

“If hotels or other places do not want to allow us to utilize that, they’re almost forcing us into a situation where we’re going to have to take one of the parents and put them in custody and separate them from the rest of their families,” Albence told The Associated Press in a recent interview.

The Trump administration’s zero tolerance policy last year led to the separation of families at the southern border, igniting widespread outcry before it was abandoned.

One national chain, Motel 6, faced lawsuits after it was accused of sharing guests’ names with immigration authorities.

Despite the corporate positions, individual hotels might still work with ICE. Franchisees run 88% of hotels in the U.S., according to data firm STR, and their franchise agreements don’t expressly prohibit detained migrants.

Hotel companies could change those agreements to ban the practice, but waiting for the deals to expire and rolling out new ones would take years, Mount said. And not all hotel owners would back the change.

Walter Barela, who runs 10 hotels across the Southwest as principal of Albuquerque, New Mexico-based Peak Hospitality, said some of his hotels on the border work with church groups to house newly arrived immigrants at discount rates. But he has never been approached by ICE about rooms for detained migrants.

If he was, he said he would consider it. Barela, who serves on the board of the national Latino Hotel Association, said hotels close to Mexico “live and breathe off the Border Patrol.” He once sold a hotel because occupancy dropped sharply after border officers were reassigned.

“It’s not our business to stand on one side of the debate or another,” Barela said. “We have to make people across a wide spectrum feel comfortable in our establishments.”

Contracts with the government can be lucrative. According to federal contract listings, Quality Suites San Diego Otay Mesa, near the Mexican border, could earn $502,900 between 2016 and 2020 housing migrants for ICE.

Mount says the government generally pays a higher rate than a budget hotel could command.

“If the government is saying, ‘We can fill half the hotel at $99 per night for six months or a year,’ that’s hard business to turn away from,” he said.

Available data suggests the government detains migrants at hotels on a limited basis. On a November 2017 list of government detention facilities, just 12 of the 1,685 sites were hotels. The list, obtained by the Immigrant Legal Resource Center, also includes county jails and hospitals.

Only one of those hotels — the Quality Suites — had recently housed more than three migrants. It had as many as 120 detained migrants at one time in fall 2017.

In a September 2017 customer review on the Quality Suite’s website, a guest wrote, “The hotel booked two floors for detainees and held them there with guards in the hallways all night and noisy too. And they put our group just doors away on the same floor.”

In 2016, another guest reported that rooms were being guarded by border security. Washcloths were stuffed in the doors to prevent them from being closed, the review said.

Choice Hotels, which owns the Quality Suites brand, said the hotel signed a contract with the Department of Homeland Security — which oversees ICE — in 2016 but doesn’t plan to renew it. Choice said no migrants are currently being detained at the hotel.

The hotel’s general manager didn’t respond to several requests for comment from the AP.

John Sandweg, a former acting ICE director, said immigrants detained in hotels are usually kept there less than a week while their deportation papers or other orders are processed. They are generally confined to the room and guarded. Meals are provided.

“People will be upset about this, but in the end, it’s probably cheaper than detention,” he said.