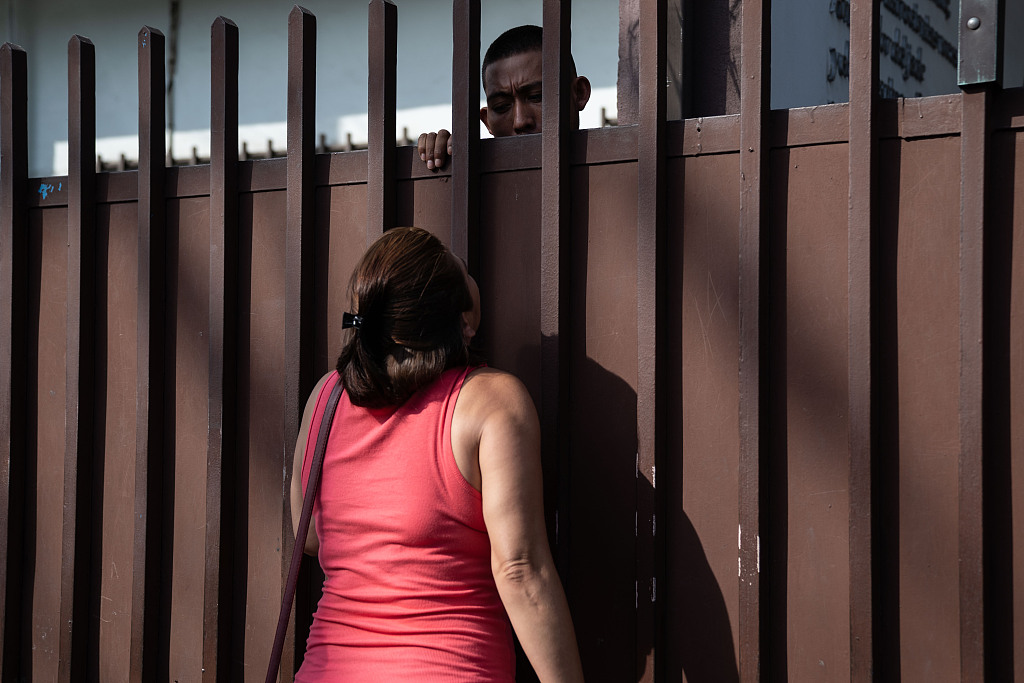 A migrant talks to a family member through a fence at the Mexican Commission for Refugee Assistance on June 21, 2019 in Tapachula, Mexico. (Photo: VCG)

WASHINGTON, June 25 (Xinhua) -- The U.S. House of Representatives on Tuesday approved an emergency 4.5-billion-U.S.-dollar funding bill to tackle the continuous migrant surge along the U.S.-Mexico border.

Following Democrats' infighting, the bill on earmarking extra money to fund humanitarian aid and security control at the southern border with Mexico was passed by a vote of 230 to 195.

The legislation now faces an uphill battle in the Senate and a possible veto by the White House.

The bill contains more than 1 billion dollars to shelter and feed migrants detained by the border patrol and almost 3 billion dollars to care for the unaccompanied migrant children. It also seeks to set up protocols for the care of children, mandate improved standards of care centers and provide translation services -- provisions reportedly not in the Senate version.

Working to quell a rebellion by those who wanted changes to the bill and secure passage after making several updates to the bill, House Speaker Nancy Pelosi told the Democratic caucus at a meeting Tuesday morning that the funds were an "opportunity to help the children at the border," local media reported, citing a senior Democratic aide.

The Senate version, which seeks to allocate 4.59 billion dollars for the border humanitarian crisis, has significant differences with the House bill. It is not clear whether the two chambers will be able to reach an agreement.

The White House said on Monday it "strongly opposes" the House legislation.