US House candidate who beat Sanford seriously hurt in wreck 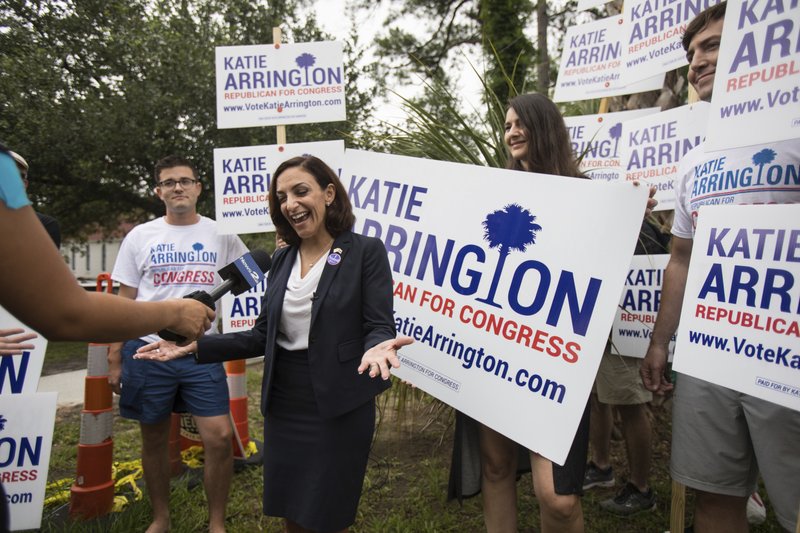 A South Carolina lawmaker who defeated US Rep. Mark Sanford in his re-election bid was seriously injured in a vehicle crash on Friday and will require weeks of recovery and more procedures, a spokesman said.

According to the Charleston County Sheriff’s Office, Arrington and a friend were traveling southbound on US Highway 17 around 9 p.m. Friday when a vehicle traveling in the wrong direction hit their vehicle.

The driver of the other vehicle died at the scene, according to Sheriff’s Capt. Roger Antonio. The driver of Arrington’s vehicle, a friend identified as Jacqueline Goff of Mandeville, Louisiana, also sustained serious injuries.

Mule said the Summerville Republican sustained a back fracture, as well as several broken ribs, and underwent surgery to remove portions of her small intestine and colon.

Mule said Arrington would need more surgeries, as well as a stent to repair the partial collapse of the primary artery in her legs, and would need to stay in the hospital for two weeks. He told news outlets that Arrington was alert and talking Saturday morning.

“Katie asks for your continued prayers for the deceased and the deceased’s family, as well as prayers for a quick recovery for Katie and her friend,” Mule said in a statement.

Arrington, 47, defeated Sanford in a GOP primary earlier this month, repeatedly highlighting Sanford’s criticism of President Donald Trump. The president himself weighed in hours before polls closed on Election Day to endorse Arrington and denounce Sanford as “nothing but trouble.”

In a tweet Saturday, Trump said his “thoughts and prayers are with Representative Katie Arrington of South Carolina, including all of those involved in last nights car accident, and their families.”

Sanford, a former South Carolina governor, had never lost an election before the June 12 congressional primary, even after a high-profile extramarital affair with a woman in Argentina.

Sanford posted a link to a story about the wreck on Twitter , adding in a post: “Our thoughts and prayers this morning go to Katie Arrington, her family and those involved in last night’s automobile accident.”

In a message posted to Twitter on Saturday, Democratic nominee Joe Cunningham said that he was suspending his campaign until further notice.