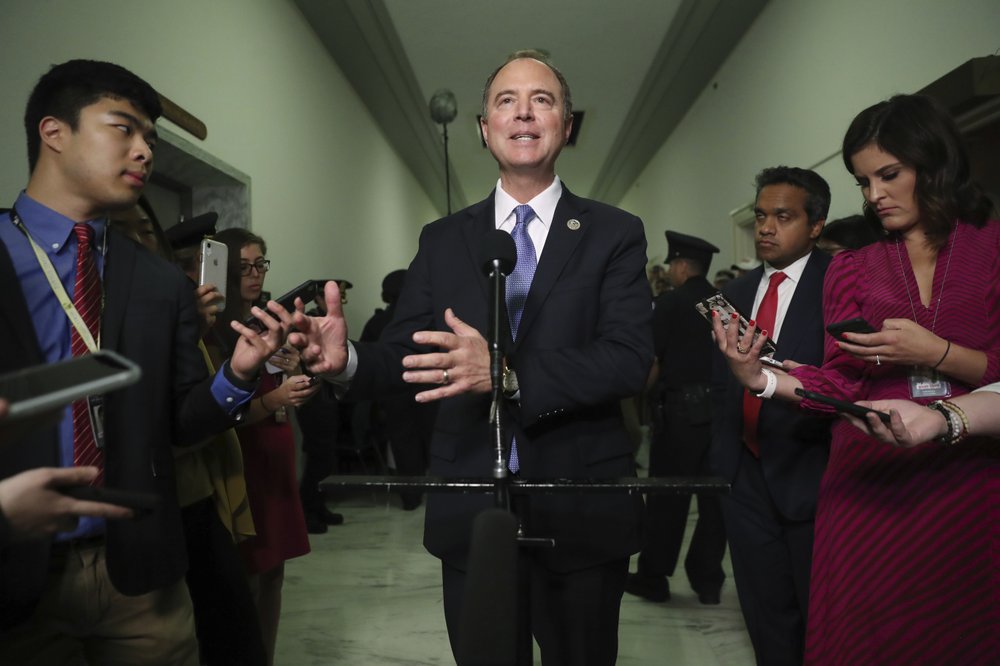 WASHINGTON, Oct. 7 (Xinhua) -- US House Intelligence Committee on Monday subpoenaed the Department of Defense and the White House Office of Management and Budget (OMB), seeking documents related to President Donald Trump's interactions with Ukraine, the subject of an ongoing impeachment inquiry into the president.

The committee, after consultation with the Oversight and Reform and Foreign Affairs committees, sent letters to Secretary of Defense Mark Esper and acting director of the OMB, Russell Vought, respectively, requesting that they submit "key documents" related to the Trump administration's dealings with Ukraine by Oct. 15.

The action is part of the ongoing impeachment inquiry into Trump stemming from a whistleblower complaint alleging that the president pressured his Ukrainian counterpart, Volodymyr Zelensky, during a July 25 phone call to investigate Democratic presidential candidate Joe Biden and his son Hunter Biden, as well as issues related to alleged Russian interference in the 2016 election.

The chairmen cited media reports as saying that days before his call with Zelensky, Trump ordered Acting White House Chief of Staff Mick Mulvaney to put U.S. military aid to Ukraine on hold, and that Mulvaney conveyed the order "through the budget office to the Pentagon and the State Department, which were told only that the administration was looking at whether the spending was necessary."

"The enclosed subpoena demands documents that are necessary for the Committees to examine this sequence of these events and the reasons behind the White House's decision to withhold critical military assistance to Ukraine," the chairmen wrote.

The Trump administration eventually disbursed the aid money -- worth almost 400 million U.S. dollars -- to Kiev on Sept. 11. Trump said on the sidelines of the United Nations General Assembly in September that the reason for the suspension was because European nations did not pay their fair share to help Ukraine defend its national security.