US House Democrats move to block emergency declaration on border

House Democrats will file a resolution Friday aimed at blocking the national emergency declaration that President Donald Trump has issued to help finance his wall along the Southwest border, teeing up a clash over billions of dollars, immigration policy and the Constitution's separation of powers. 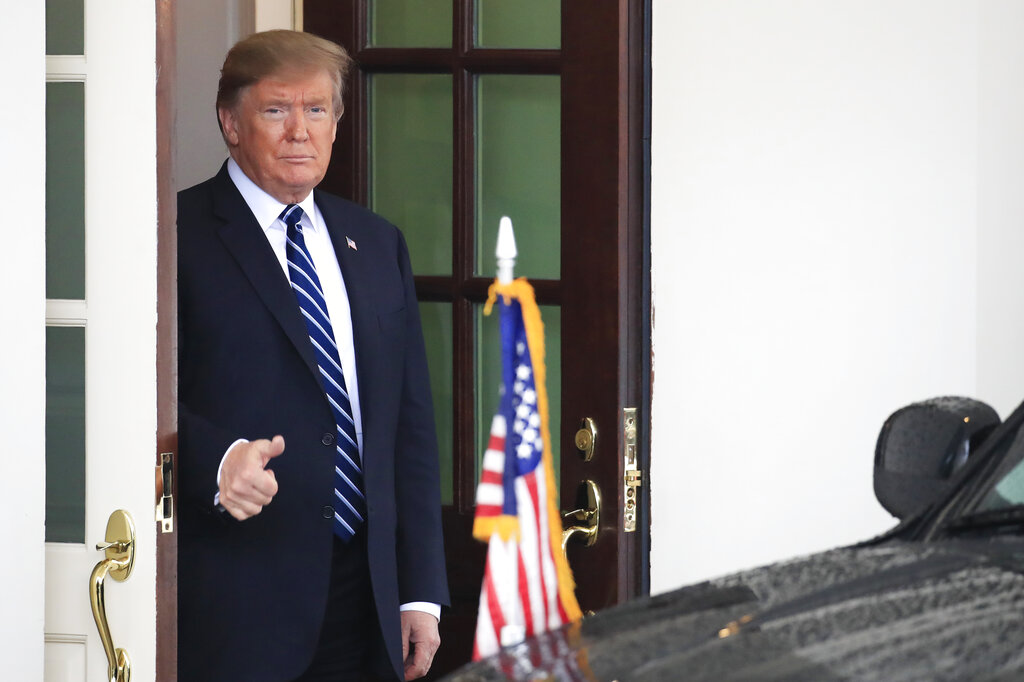 Though the effort seems almost certain to ultimately fall short — perhaps to a Trump veto — the votes will let Democrats take a defiant stance against Trump that is sure to please liberal voters. They will also put some Republicans from swing districts and states in a difficult spot.

Formally introducing the measure sets up a vote by the full House likely by mid-March, perhaps as soon as next week, because of a timeline spelled out by law. Initial passage by the Democratic-run House seems assured.

The measure would then move to the Republican-controlled Senate, where there may be enough GOP defections for approval. The law that spells out the rules for emergency declarations seems to require the Senate to address the issue too, but there's never been a congressional effort to block one and some procedural uncertainties remain.

Should the House and Senate initially approve the measure, Congress seems unlikely to muster the two-thirds majorities in each chamber that would be needed later to override a certain Trump veto.

Even so, Republican senators facing tough re-election fights next year in competitive states like Arizona, Colorado and North Carolina would have to take stances that could risk dividing the GOP's pro-Trump and more moderate voters.

Moderate Sen. Susan Collins, R-Maine, said Wednesday she would back a resolution blocking the emergency declaration, making her the first Republican to publicly state her support for the effort to thwart the emergency. With Republicans holding a 53-47 majority, three more GOP senators would need to vote with Democrats for the resolution to win initial approval.

The votes could also cause discomfort for other Republicans who've opposed the declaration. Many have expressed concerns that Trump's declaration sets a precedent for future Democratic presidents to declare emergencies to help their own favored issues, like global warming or gun control.

The battle is over a declaration that Trump, whose wall was the most visible trademark of his presidential campaign, issued last week to access billions of dollars beyond what Congress has authorized to start building border barriers.

Besides signing the bill, Trump also declared a national emergency and used other authorities that he says gives him access to an additional $6.6 billion for wall building. That money would be transferred from a federal asset forfeiture fund, Defense Department anti-drug efforts and a military construction fund. Federal officials have yet to identify specifically which projects would be affected.

Aides to Rep. Joaquin Castro, D-Texas, were circulating a letter Wednesday to other congressional offices seeking co-sponsors to his one-page resolution. A Castro aide said there were already 102 co-sponsors, all Democrats.

"We are planning to introduce it on Friday morning," said the letter, obtained by The Associated Press. While Congress is in recess this week, the House has a brief "pro forma" session Friday for bill introductions but no votes.

House Speaker Nancy Pelosi, D-Calif., and Senate Minority Leader Chuck Schumer, D-N.Y., said in a joint statement last week that Trump's moves "clearly violate the Congress's exclusive power of the purse, which our founders enshrined in the Constitution." They said lawmakers "will defend our constitutional authorities in the Congress, in the courts, and in the public, using every remedy available."

Democratic aides said Wednesday that leaders were still deciding exactly what legal action to take, and when.

Outside activists said they understood from conversations with congressional staff that Democrats were likely to file their own lawsuit, rather than simply joining other actions that 16 state attorneys general and liberal, environmental and other organizations have commenced separately.

It also remained unclear whether Democrats would wait for congressional action to play out before going to the courts.

Speaking Tuesday about the attorneys general suit, Trump said he expected to do "very well" in the case and said he had an "absolute right" to make the declaration.

Democrats and some Republicans say there is no emergency at the border. They say Trump is improperly declaring one to work around Congress' rejection of the higher amounts.

Once a resolution of disapproval is introduced, the national emergency law says it must be assigned to a committee, which has 15 calendar days to send it to the full chamber. The House parliamentarian has assigned Castro's measure to the House Transportation and Infrastructure Committee.

That chamber then has three calendar days to vote on it. The timing could be shortened, which is why a vote could occur must more quickly.

The same procedure is then repeated in the second chamber. The law requires those timetables unless either chamber votes to do otherwise. If McConnell tries using that provision to delay the vote on the resolution itself, the vote on slowing the measure will become the key showdown.

A spokesman for McConnell declined to comment on what the leader will do.