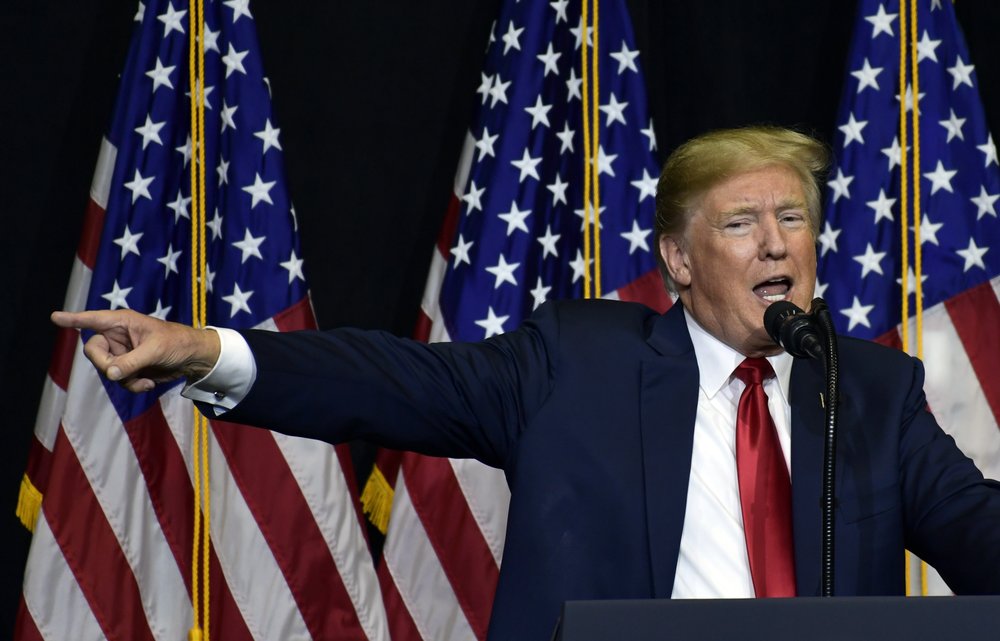 WASHINGTON, Dec. 3 (Xinhua) - US House Democrats on Tuesday released a draft report summarizing their findings from an ongoing impeachment inquiry into US President Donald Trump.

The impeachment inquiry, initiated by House Speaker Nancy Pelosi in late September, has found that Trump, "personally and acting through agents within and outside of the US government, solicited the interference of a foreign government, Ukraine, to benefit his reelection," the report claimed.

"There remain unanswered questions, and our investigation must continue," according to the 300-page report that also called evidence of Trump's alleged misconduct and obstruction of Congress "overwhelming."

The report, drafted by staff of the Democrat-led House Intelligence, Oversight and Reform, and Foreign Affairs Committees, will be transmitted to the lower chamber's Judiciary panel, which is expected to take over the impeachment inquiry after the Intelligence panel led by Chairman Adam Schiff voted to issue it this evening.

White House press secretary Stephanie Grisham issued a statement in response to the report, accusing it of reflecting nothing more than "frustrations" from Democrats.

"At the end of a one-sided sham process, Chairman Schiff and the Democrats utterly failed to produce any evidence of wrongdoing by President Trump," Grisham said. "Chairman Schiff's report reads like the ramblings of a basement blogger straining to prove something when there is evidence of nothing."

Trump, who's in London for a NATO summit, slammed the impeachment inquiry and Schiff earlier in the day.

"I think it's a disgrace. I think the Democrats should be ashamed of themselves," Trump told reporters during a meeting with Canadian Prime Minister Justin Trudeau. "I learned nothing from Adam Schiff. I think he's maniac. I think Adam Schiff is a deranged human being."

In a joint statement following the draft report's public release, Schiff and two other Democratic chairs alleged Trump's actions "have damaged our national security, undermined the integrity of the next election, and violated his oath of office."

"They have also challenged the very core of our Constitutional system of checks and balances, separation of powers, and rule of law," the Democrats said. "It will be up to the Congress to determine whether these acts rise to the level of an impeachable offence."

House Democrats are conducting an impeachment inquiry into whether Trump abused his office by pressuring Ukraine to launch investigations that could benefit him politically. Lawmakers are also examining whether the Republican tied a White House meeting or aid for Ukraine to those investigations.

Their report was a result of a fast-moving investigation based on interviews with 17 current and former Trump administration officials who had offered their narratives of the White House's handling of its Ukraine policy.

Trump has denied any wrongdoing or a "quid pro quo." The White House has refused to cooperate with the inquiry, accusing Democrats of an unfair process and a partisan attempt to nullify the results of the 2016 presidential election.

The House Judiciary Committee unveiled on Monday the four legal experts for its first hearing on Wednesday as part of the Trump impeachment inquiry.

"We expect to discuss the constitutional framework through which the House may analyze the evidence gathered in the present inquiry," the Committee's Chairman Jerry Nadler said in a letter to Trump last week.

The New York Democrat also said they will discuss whether Trump's alleged actions "warrant the House's exercising its authority to adopt articles of impeachment."

Neither Trump nor his counsel Pat Cipollone is expected to attend Wednesday's hearing. In a letter to Nadler on Sunday, Cipollone said the White House won't participate in the hearing, citing concern that the House panel won't afford Trump "a fair process."

The president will be impeached if the House approves any of the articles of impeachment that the House Judiciary Committee has recommended by a simple majority vote.