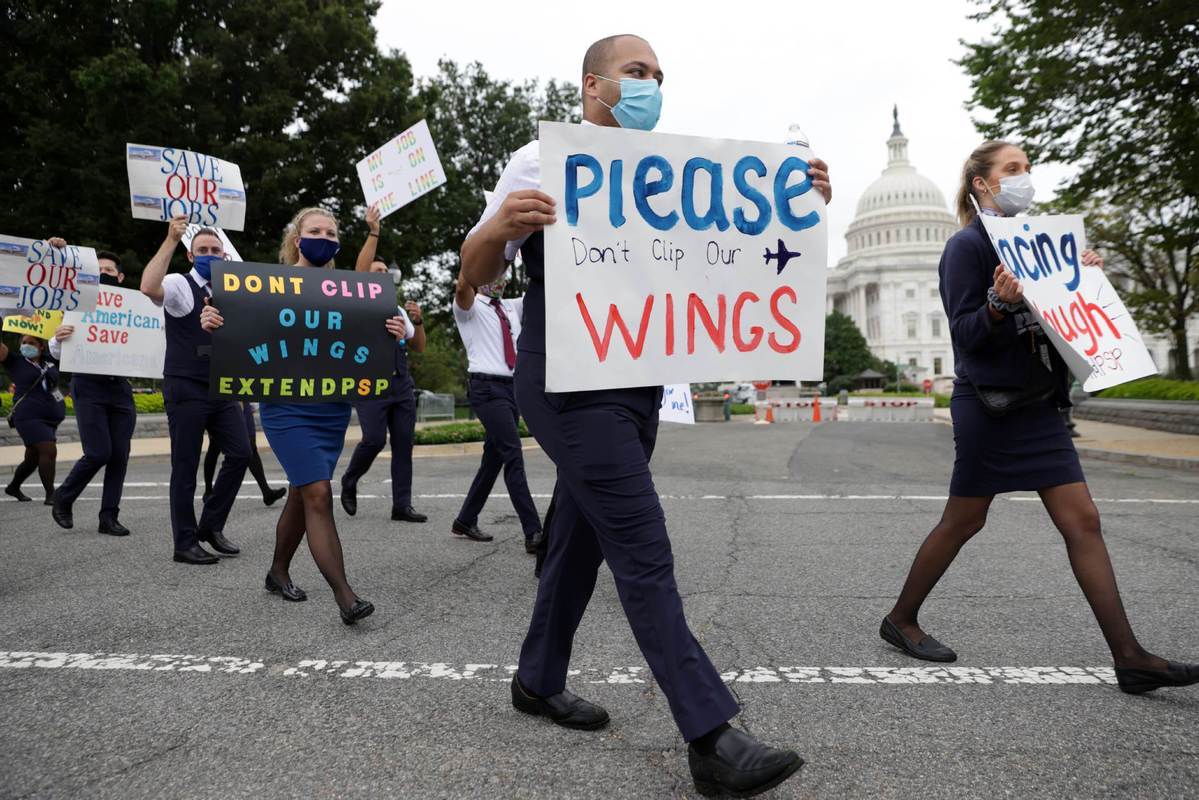 Flight attendants and other aviation workers participate in a march near the US Capitol September 9, 2020 in Washington, DC. The rally was intended to urge Congress to pass a COVID-19 relief package. (Photo: Agencies)

WASHINGTON - Democrats from the U.S. House of Representatives unveiled on Monday a 2.2-trillion-US-dollar COVID-19 relief package, attempting to pressure the White House and Republicans to reach a deal before the presidential election in November.

"This $2.2 trillion Heroes Act provides the absolutely needed resources to protect lives, livelihoods and the life of our democracy over the coming months," House Speaker Nancy Pelosi wrote Monday night in a letter to Democratic lawmakers.

The scaled-back package includes 436 billion dollars in emergency aid for state and local governments, an additional round of 1,200 dollars stimulus check for most Americans and more money to restore the weekly 600-dollar federal unemployment payments through January, according to House Democrats.

House Democrats unveiled a 3.4-trillion-dollar relief proposal in May, but didn't gain support from Republicans. Senate Republicans put forward a 1-trillion-dollar package in late July, and failed to advance a slimmed-down proposal earlier this month. Pelosi has recently insisted that Democrats won't accept any package lower than 2.2 trillion dollars.

"Democrats are making good on our promise to compromise with this updated bill, which is necessary to address the immediate health and economic crisis facing America's working families right now," said the House speaker.

The new offer from House Democrats came after Pelosi said on Sunday that there's a chance she and Treasury Secretary Steven Mnuchin could still reach an agreement on the next COVID-19 relief package.

"I trust Secretary Mnuchin to represent something that can reach a solution and I believe we can come to an agreement," Pelosi said on CNN's "State of the Union."

At a congressional hearing on Thursday, Mnuchin also said that a targeted relief package is still needed and the administration is ready to reach a bipartisan agreement.

However, some Senate Republicans have signaled that they're not willing to support any package which costs above 1.5 trillion dollars. It's not clear whether the two parties could reach an agreement on the relief package before the election.