US House expected to vote for capital Washington statehood Friday 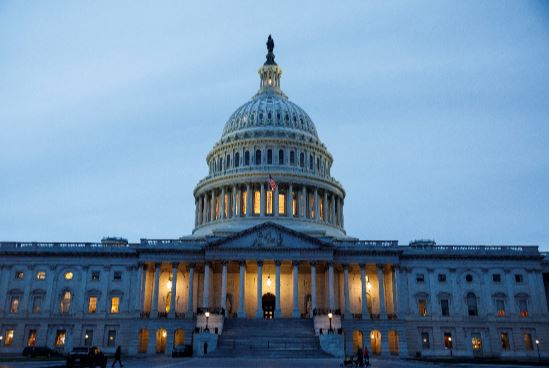 The House of Representatives votes Friday to make the US capital Washington the nation's 51st state, a historic but largely symbolic move that will likely be stopped in its tracks by Senate Republicans.

"For more than two centuries, the residents of Washington, DC have been denied their right to fully participate in democracy, and tomorrow... we will right this grave injustice," House Speaker Nancy Pelosi said Thursday at a press event with Washington Mayor Muriel Bowser.

More than 705,000 Americans live in Washington, a Democratic stronghold with a population greater than two states, Wyoming and Vermont, and comparable to two others.

Washingtonians pay taxes, serve in the military, operate businesses and raise families, and yet they are disenfranchised, Bowser said, because they have no voting representation in Congress.

The House vote would be the first for DC statehood since 1993, and the first ever to pass a chamber of Congress.

The states of Maryland and Virginia gave up land in the 1780s for the creation of a federal capital along the Potomac River. Washington, the District of Columbia, became the permanent US capital city in 1790.

The new state would be known as Washington, Douglass Commonwealth, taking the name of the nation's first president George Washington and prominent black abolitionist Frederick Douglass.

Success is highly unlikely for now. President Donald Trump has expressed opposition to DC statehood, and the Republicans who control the Senate are expected to ignore the measure.

After Trump used federal security personnel to forcibly remove protesters from opposite the White House, critics said the incident illustrated the need for Washington to have fuller control of its affairs, which are subject to Congressional oversight.

Steny Hoyer, a top House Democrat from Maryland, said it would be "un-American" to not support ending the disenfranchisement of so many citizens.

"Partial citizenship is not an option," he said. "We're going to keep our eye on the prize, which is statehood for the District of Columbia."