WORLD US House in polarized debate over impeachment against Trump

US House in polarized debate over impeachment against Trump 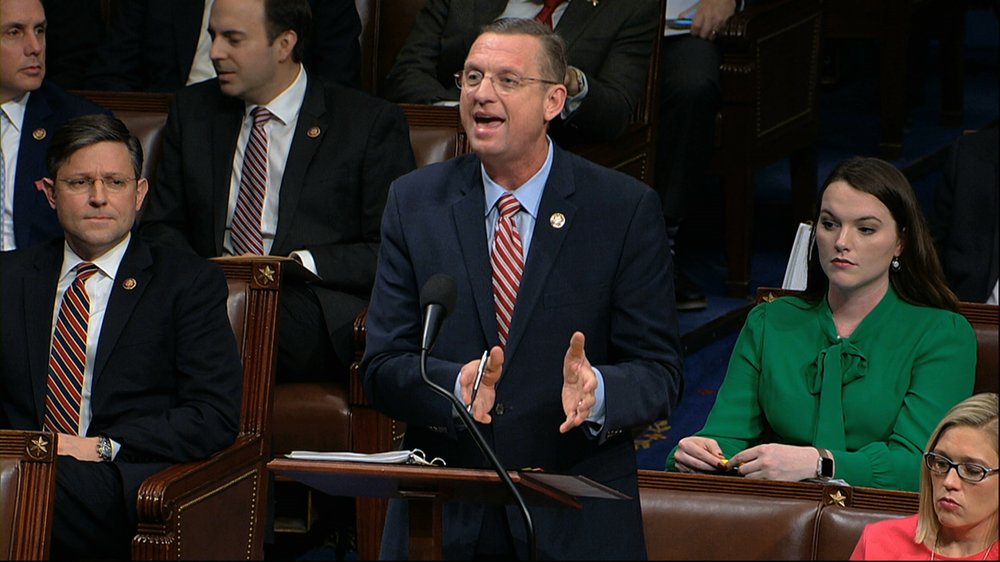 WASHINGTON, Dec. 18 (Xinhua) -- US Democrat-led House of Representatives is engaging in a heated, polarized floor debate that will last for several hours on articles of impeachment ahead of historic impeachment votes over President Donald Trump on Wednesday.

"As Speaker of the House, I solemnly and sadly open the debate on the impeachment of the President of the United States," House Speaker Nancy Pelosi said, "He gave us no choice." Trump has repeatedly denied wrongdoing.

The ongoing debate rehashed similar arguments along party lines about Trump's dealings with Ukraine and the House Democrats' dealing with impeachment proceedings.

"The American people see through this sad charade for what it is: an attempt to undo the 2016 election based on hearsay and opinion," said Ross Spano, a Republican from southeastern US state Florida.

Trump "tried to cheat. He got caught. He confessed. And then he obstructed the investigation," Democrat David Cicilline from northeastern state Rhode Island said.

The two articles of impeachment accusing Trump of abuse of power and obstruction of Congress will be voted on separately after the debate, according to the rules approved by the House in a 228-197 vote earlier in the day.

Under the rules, the House floor debate on the articles of impeachment will last six hours equally divided between Democrats and Republicans.

The rules also allow for a resolution appointing and authorizing impeachment managers for the Senate trial to be introduced on Wednesday, if the House votes to impeach the president.

The impeachment debate will lead to the votes on the articles of impeachment late on Wednesday. Trump is poised to become only the third president in US history to be impeached.

Work will get "done by the end of the day," said House Majority leader Steny Hoyer, a Democrat from Maryland State, as the House opened on Wednesday morning.