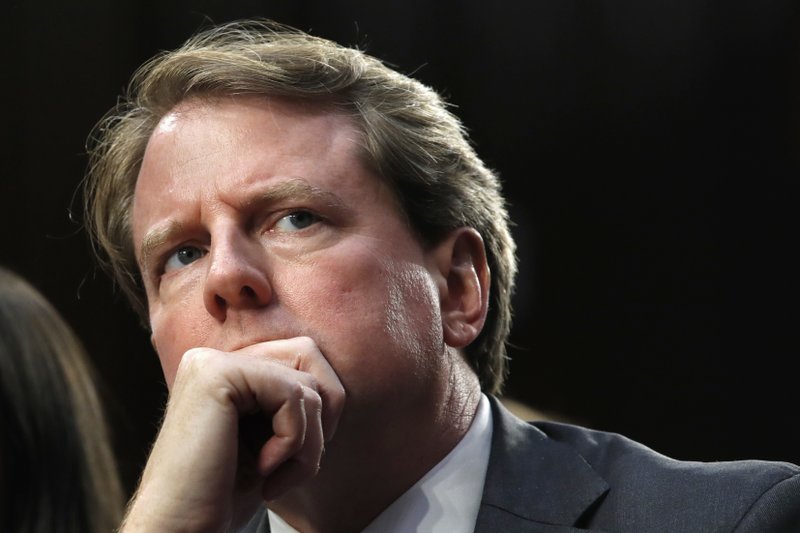 The US House Intelligence Committee has called four lawyers linked to President Donald Trump and his family for interviews as part of an investigation into whether they tried to obstruct the panel’s inquiry into Russian election interference.

The panel sent letters to the four men in March after Trump’s former personal lawyer, Michael Cohen, testified before several committees in February and spoke to special counsel Robert Mueller about preparations for Cohen’s 2017 closed-door interviews before the House and Senate intelligence panels. Cohen told lawmakers that Trump’s attorneys had reviewed and edited a written statement that he submitted before those interviews that included false information.

The letters to the lawyers were obtained by The Associated Press from a senior committee official, who spoke on condition of anonymity to provide the confidential information. The person said the lawyers, who operated together in a joint defense agreement set up to respond to Mueller’s investigation and the congressional inquiries, had not yet complied with the committee’s requests for interview and document production despite a May 10 deadline.

House Intelligence Committee Chairman Adam Schiff is prepared to issue a subpoena to compel cooperation if necessary, the person said.

Schiff, D-Calif., said in a statement released Tuesday that Cohen’s February testimony, along with materials in the committee’s possession, raises “serious, unresolved concerns about the obstruction of our committee’s investigation that we would be negligent not to pursue.”

Cohen, who is now serving a three-year prison sentence, acknowledged in a guilty plea last year that he misled lawmakers in the statement by saying he had abandoned the Trump Tower Moscow project in January 2016, when in fact he pursued it for months after that as Trump campaigned for the presidency.

The lawyers who received the requests are Jay Sekulow, personal lawyer to Trump; Abbe Lowell, lawyer for Ivanka Trump, the president’s daughter, and her husband Jared Kushner; Alan Futerfas, lawyer for Donald Trump Jr.; and Alan Garten, lawyer for the Trump Organization.

A lawyer for the four lawyers, Patrick Strawbridge, said in a statement that the panel’s requests are a “truly needless dispute” that would force them to violate attorney-client privilege.

“As committed defense lawyers, we will respect the constitution and defend the attorney-client privilege — one of the oldest and most sacred privileges in the law,” the statement said.

The lawyers argued in an April 5 letter to the committee that the panel did not have jurisdiction or a valid legislative purpose for the investigation. In a May 3 response, Schiff disputed those arguments and set a May 10 deadline for a response, which was not met, according to the committee official.

Also Tuesday, a separate House panel set a May 21 hearing for testimony from another lawyer — former White House counsel Don McGahn, who was a key figure in Mueller’s investigation. McGahn has not yet confirmed whether he will attend, according to a person familiar with the negotiations over his appearance. The person was not authorized to discuss the talks about McGahn’s appearance and spoke on condition of anonymity.

The White House has said McGahn cannot turn over documents the committee seeks and prefers he not testify, reflecting Trump’s strategy of resisting congressional investigations.

Judiciary Chairman Jerrold Nadler, D-N.Y., has said the committee would hold McGahn in contempt if he does not appear at the hearing.

An attorney for McGahn didn’t immediately respond for comment.