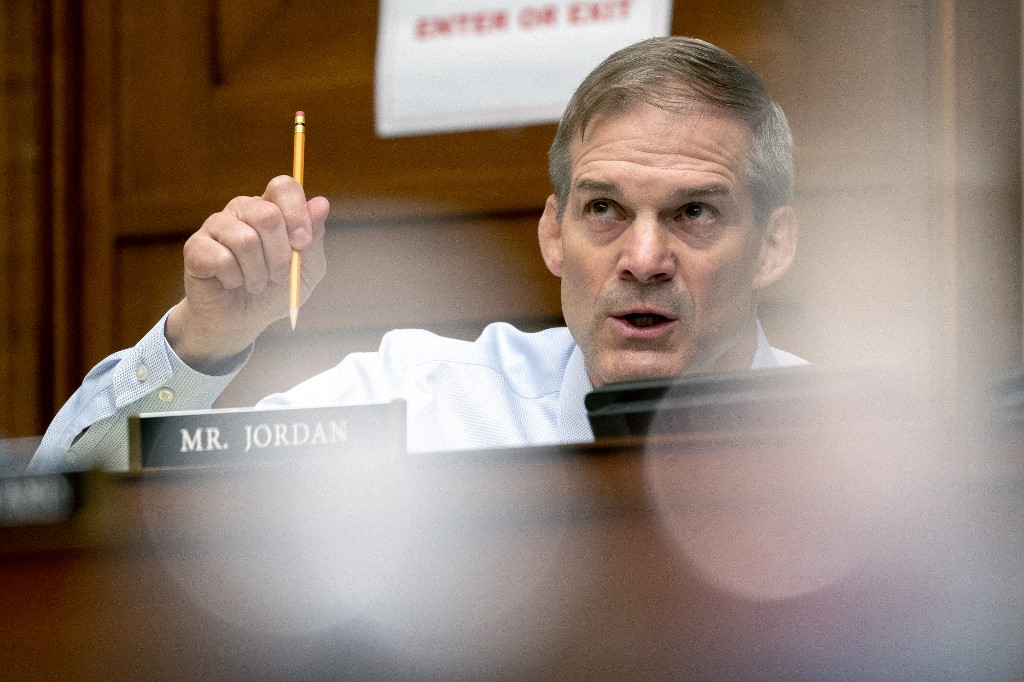 WASHINGTON, Dec. 22 (Xinhua) -- The U.S. House select committee investigating the Jan. 6 Capitol riot on Wednesday notified GOP Congressman Jim Jordan, a staunch ally of former President Donald Trump, of its intention to meet him for an interview early next year.

In a letter to Jordan, the panel claimed that Jordan regularly interacted with Trump both in the lead-up to the 2020 presidential election and in the aftermath of it.

"We understand that you had at least one and possibly multiple communications with President Trump on Jan. 6. We would like to discuss each such communication with you in detail. And we also wish to inquire about any communications you had on January 5th or 6th with those in the Willard War Room, the Trump legal team, White House personnel or others involved in organizing or planning the actions and strategies for January 6th," Bennie Thompson, Democratic congressman from Mississippi who chairs the select committee, wrote in the letter, referring to the Willard Hotel in downtown Washington, D.C., which allegedly served as the Trump team's command center on Jan. 6.

"Public reporting suggests that you may also have information about meetings with White House officials and the then-President in November and December 2020, and early-January 2021, about strategies for overturning the results of the 2020 election. We would also like to ask you about any discussions involving the possibility of presidential pardons for individuals involved in any aspect of Jan. 6 or the planning for Jan. 6," Thompson wrote.

Thompson told Jordan that the select committee wants to meet him on either Jan. 3 or 4, or the meeting could be arranged during the week of Jan. 10 if Jordan is not available on those two dates.

Jordan has repeatedly blasted the committee's effort as politically motivated, once acknowledging that he did speak with Trump on Jan. 6. "I spoke with him on Jan. 6. I mean, I talked with President Trump all the time and that's ... I don't think that's unusual," he said in an interview with Spectrum News earlier this summer.

Ranking member of the House Judiciary Committee, Jordan has been identified as one of the members of Congress who sent a text message to then-White House Chief of Staff Mark Meadows in the run-up to Jan. 6. Meadows was held in contempt of Congress by the House last week after he refused to further cooperate with the panel's investigation.

Dated Jan. 5 and now possessed by the select committee, the message sent by Jordan read: "On Jan. 6 2021, Vice President Mike Pence, as President of the Senate, should call out all electoral votes that he believes are unconstitutional as no electoral votes at all."

Jordan is the second sitting member of Congress whom the select committee seeks to interview, following Republican Congressman Scott Perry of Pennsylvania, who has declined a similar proposal from the select committee. Perry instead vowed to continue fighting "the failures of the radical Left."

Also on Wednesday, a federal court in Florida rejected the request by Trump's former national security adviser, Michael Flynn, to block the select committee from obtaining his phone records, just one day after Flynn filed the lawsuit.