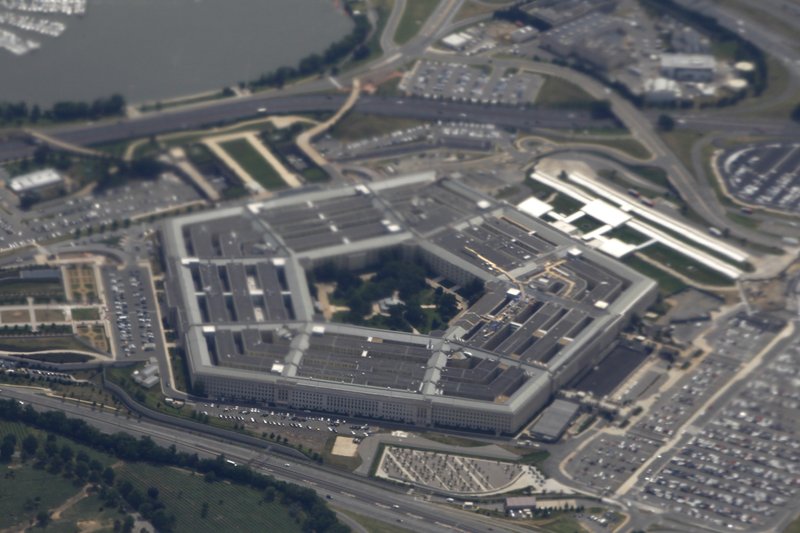 The US House on Wednesday passed its annual defense policy measure, which combined a $738 billion Pentagon price tag with legislation to provide federal employees with 12 weeks of paid parental leave.

The sweeping 377-48 vote followed weeks of arduous House-Senate negotiations that finally yielded a traditionally bipartisan measure, stripped of many add-ons sought by Democrats controlling the House.

The result came over outnumbered protests by some of the chamber’s most liberal members, who said Democratic negotiators should have fought harder for House-passed liberal policies. They are also unhappy about the spiraling defense budget.

The compromise between the Democratic-controlled House and the GOP-held Senate broke free after Republicans agreed to accept a Democratic demand — endorsed by Trump in end-stage negotiations — for the landmark parental leave provision. Negotiators also endorsed Trump’s call for a new “space force” — a provision previously backed by the House on a bipartisan basis.

Trump has said he’ll sign the measure, which is expected to pass the Senate next week at the latest.

House Armed Services Committee Chairman Adam Smith, D-Wash., absorbed a lot of criticism for abandoning Democratic provisions that ran into a wall of opposition from the White House and congressional Republicans.

Democrats dropped a provision to block Trump from transferring money from Pentagon accounts to constructing a fence along the U.S.-Mexico border. They also dropped protections for transgender troops, and tougher regulations on toxic chemicals that are found in firefighting foam used at military installations.

“Ït’s basically hard to negotiate when your side wants 100 things and the other side wants nothing,” Smith said in an interview. But he hailed the parental leave benefit, as well as a repeal of the so-called widow’s tax on military death benefits. That provision required 65,000 people whose spouses have been killed in action to forfeit part of their Pentagon death benefit when they also received benefits from the Department of Veterans Affairs.

“I was able to get them to enthusiastically support the largest expansion of the social welfare state since the Affordable Care Act — the widow’s tax and paid parental leave,” Smith said. “That was an enormous accomplishment, OK? I got them to do things that they never wanted to do.”

While Democrats retreated from their assault on Trump’s ability to transfer Pentagon money to his border wall, Republicans agreed to drop a Trump demand to budget $7.2 billion in defense funds for the wall. The wall battle has instead migrated to talks on a mammoth government-wide spending package.

The annual defense policy bill has now passed for 59 years in a row, reflecting strong support among lawmakers for military personnel — who would receive a 3.1 percent pay raise, the largest in a decade — and the economic boost that military installations and defense contractors provide back home.

Trump crowed about the “US Space Force” provision, which mostly reorganizes existing personnel into a new branch of the Air Force. The House had passed the idea in previous years under GOP control only to see it die in the Senate.

“This was our idea,” Smith said. “The idea that the White House got anything out of that is something I find deeply amusing.”

Debate featured a stream of lawmakers from both sides mostly congratulating each other and praising the military.

“We once again tacked to the middle and moved to garner bipartisan support,” said Rep. Rob Wittman, R-Va.

The only sour note was struck by left-leaning California Rep. Ro Khanna: “When are we going to do our Article I duty and stop funding these endless wars and start funding our domestic priorities?”