WASHINGTON, Nov. 12 (Xinhua) -- The head of a U.S. House panel leading the impeachment inquiry into President Donald Trump over his dealings with Ukraine unveiled Tuesday the schedule for public hearings of eight more witnesses during the week starting Nov. 18. 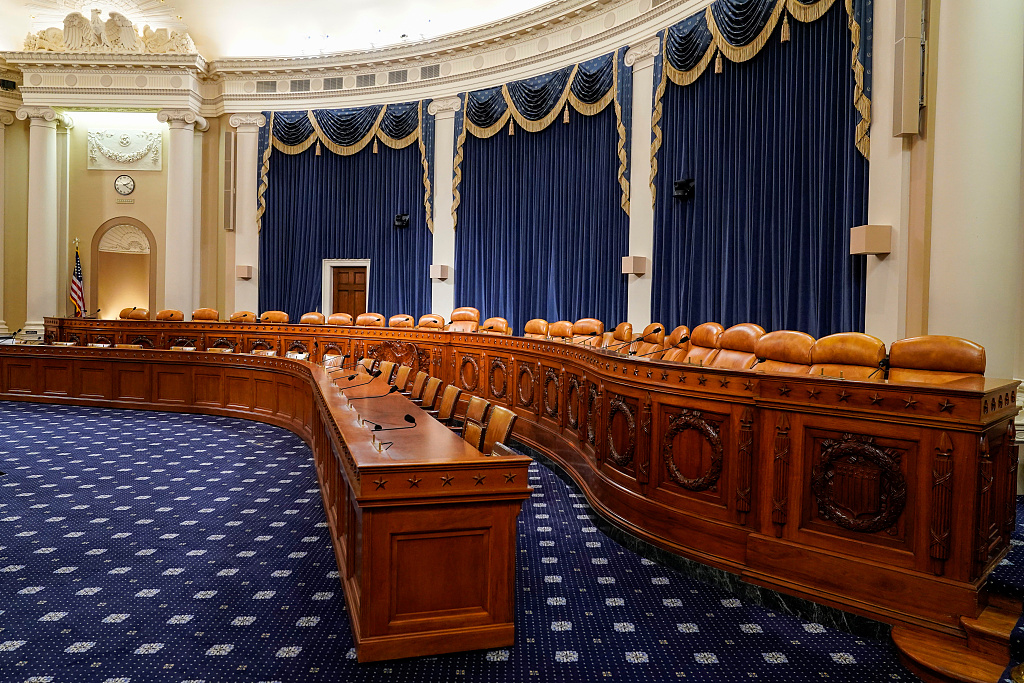 The committee room in the Longworth House Office Building where the first public hearings in the impeachment inquiry against U.S. President Donald Trump are scheduled to take place is shown on Capitol Hill in Washington, U.S., November 6, 2019. (Photo: VCG)

House Intelligence Committee Chairman Adam Schiff, a California Democrat, announced on Twitter that the testimonies of the eight witnesses, all of whom had testified previously behind closed doors on Capitol Hill, will be held over three days.

The lawmakers will hear the narration of events from U.S. Ambassador to the European Union Gordon Sondland on Wednesday morning, and from Laura Cooper, a deputy assistant secretary of Defense, as well as David Hale, the undersecretary of State for political affairs, in the afternoon.

As has been announced by Schiff, William Taylor, Charge d'Affairs of the U.S. Embassy in Ukraine, and George Kent, deputy assistant secretary of State for European and Eurasian Affairs, are scheduled to testify publicly on Wednesday. Former U.S. Ambassador Marie Yovanovitch's public hearing is slated for Friday.

Among the witnesses who will show up next week, Morrison, Volker and Hale were requested by Republicans, who were given the right to call witnesses by a resolution passed in the Democratic-controlled House in October. The Republican-proposed witnesses, however, have to be signed off by Democrats, according to the rules set in the resolution.

The Democrats have rejected Republicans' request for the whistleblower -- whose revelation of the Ukraine controversy triggered House Democrats' ongoing impeachment effort -- and former Vice President Joe Biden's son Hunter -- against whom Trump pursues an anti-corruption investigation from the Ukrainian government -- to testify.

Democrats on the House Intelligence Committee said in a statement that they "accepted all of the Minority requests that are within the scope of the impeachment inquiry."