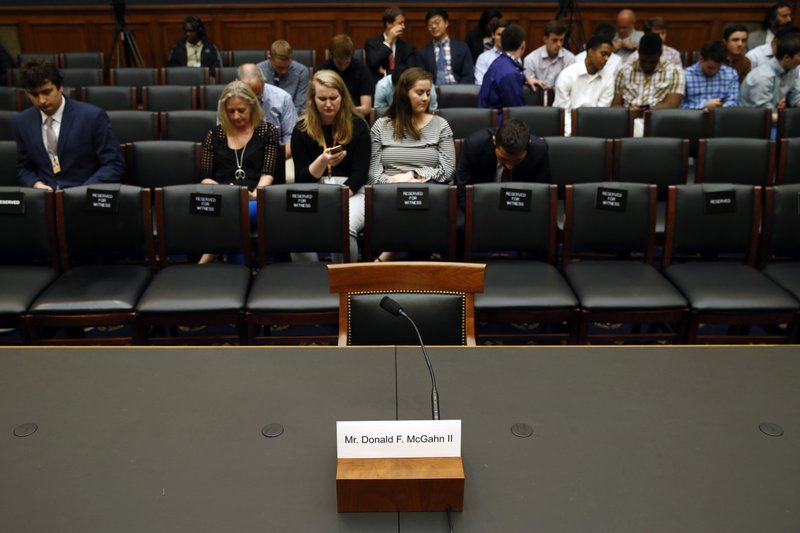 A name placard is displayed for former White House Counsel Don McGahn, who is not expected to appear before a House Judiciary Committee hearing, Tuesday, May 21, 2019, on Capitol Hill in Washington. (Photo: AP)

The US House Judiciary Committee has subpoenaed former White House communications director Hope Hicks and a former aide in the White House counsel’s office as Democrats continue their investigations of President Donald Trump.

Donaldson was a top aide to former White House Counsel Donald McGahn, who on Tuesday defied a subpoena from the committee to testify. Trump had directed McGahn not to appear.

McGahn was a key figure in special counsel Robert Mueller’s investigation, describing ways in which the president sought to curtail that probe.

The subpoenas come as Democrats debate how to respond to Trump’s declaration that he will fight “all of the subpoenas” from Congress.