The US House of Representatives on Tuesday passed a 1.4-trillion-US-dollar spending package that will fund the government through the end of the fiscal year, as lawmakers in both chambers rush to avoid a government shutdown. 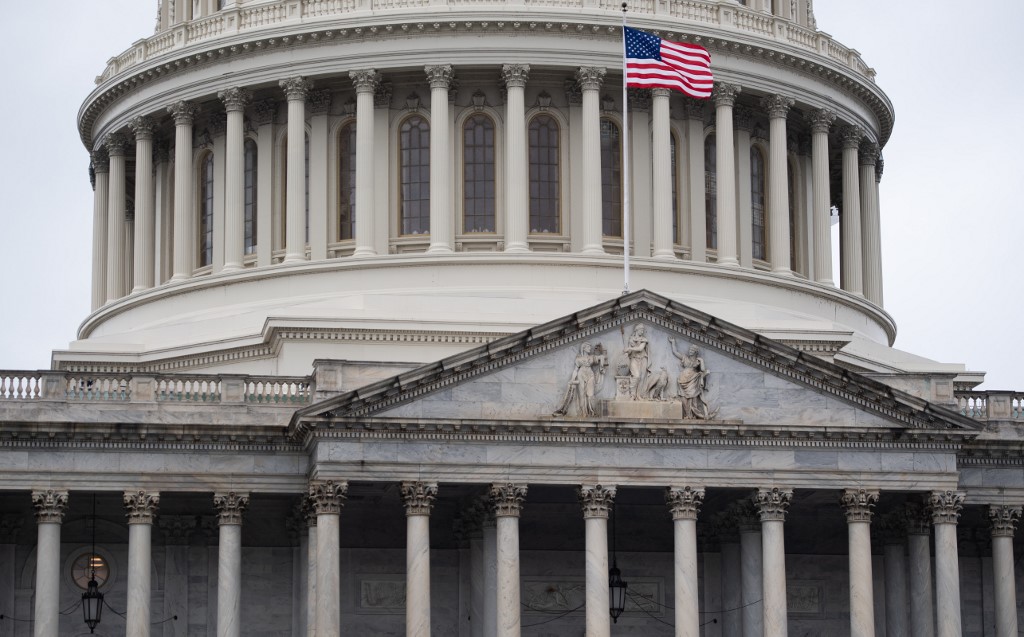 The House approved the spending bills to keep the federal government open through Sept. 30, 2020, sending the legislation to the Senate. President Donald Trump has to sign it by this Friday, when current stopgap funding package expires.

The spending package will maintain the US-Mexico border wall funding at its current level of 1.375 billion dollars, far less than what the president demanded.

It will also remove some taxes of the Affordable Care Act, which many Democrats regard as a major legislative achievement of former president Barack Obama.

The bipartisan legislation will not only boost defense outlays, but also increase domestic spending. It includes provisions such as raising the age of tobacco purchases to 21 and providing funding for gun violence research, among others.

The budget deal between the president and Congress will add more than 400 billion dollars to the national debt over the next 10 years, according to Michael A. Peterson, chief executive officer of the Peter G. Peterson Foundation, a non-profit organization dedicated to increasing public awareness of the country's key fiscal challenges.

"Another 400 billion in debt is the worst possible holiday gift for our children," Peterson said. "This last-minute grab-bag budget bill has something political for everyone in Washington, yet it hurts the next generation and the future prosperity of our nation."

In particular, Peterson said, "rapidly rising" healthcare costs are the "largest threat" to America's fiscal and economic health, yet this bill repeals provisions that were specifically targeted toward addressing "this important and difficult challenge."

He was referring to the removal of provisions including the "Cadillac Tax," which was designed to "curtail high-cost insurance plans that mostly affect high earners." It was supposed to take effect in 2018, but Congress has delayed its implementation due to strong opposition.

That would raise the caps on discretionary spending by 320 billion dollars over the next two years, and set up 1.7 trillion dollars in debt over the next decade, according to the Committee for a Responsible Federal Budget, a nonpartisan watchdog group.

"This is no way to run a government. That the largest economic entity in the world is running without an actual budget in place should be shocking; that it has become routine is downright depressing," said Maya MacGuineas, president of the Committee for a Responsible Federal Budget.

"Congress and the president must pursue a clean appropriations process, free of gimmicks and unnecessary add-ons," MacGuineas said.

The House has a packed agenda ahead of the Christmas recess. The Democratic-led chamber will vote on two articles of impeachment against Trump on Wednesday. The day after, it is expected to ratify a new trilateral trade agreement with Canada and Mexico.