US House passes bill to renew Violence Against Women Act

WASHINGTON, March 17 (Xinhua) -- The U.S. House on Wednesday passed a bill to reauthorize the Violence Against Women Act (VAWA), legislation sponsored by President Joe Biden in the 1990s when he was a U.S. senator but lapsed in 2019 as its latest revision expired. 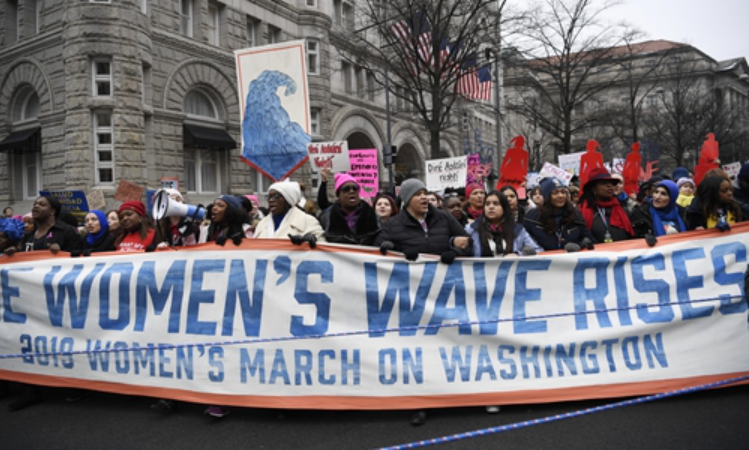 Voting largely along party lines, lawmakers approved the "Violence Against Women Reauthorization Act of 2021" in a 244-172 vote, with only 29 Republicans joining all Democrats in support.

The new bill revised previous versions of VAWA by authorizing funding for grants and other forms of support in an effort to prevent and combat sexual assault, domestic violence, dating violence and stalking and deliver assistance to victims.

It would mend the so-called "boyfriend loophole" to prevent dating partners who are domestic violence or abuse convicts from buying or owning firearms. It also includes provisions to make safe housing more accessible and ensure that state unemployment benefits cannot be denied to individuals who leave jobs due to sexual harassment or assault, domestic or dating violence or stalking.

The legislation was introduced to the House earlier this month by Democrats Sheila Jackson Lee and Jerry Nadler, as well as Republican Brian Fitzpatrick.

"Women cannot go back. Women cannot continue in an intimidated fashion to tragically be subject to men who violently attack them," Jackson Lee said during House floor debate. "That is what this legislation is about."

The White House issued a statement Wednesday supporting the bill, saying that "VAWA reauthorization is more urgent now than ever, especially when the pandemic and economic crisis have only further increased the risks of abuse and the barriers to safety for women in the United States."

The original VAWA was enacted in 1994 and has since been reauthorized repeatedly. But it has not been renewed since its latest expiration in February 2019, when the then Republican-controlled Senate refused to take up the measure passed in the House.

Biden has applauded the effort to reauthorize VAWA, saying in a March 8 statement that Congress should "come together in a bipartisan manner to ensure swift passage of VAWA legislation in both the House and the Senate."

"Domestic violence is being called a pandemic within the COVID-19 pandemic, with growing evidence showing that the conditions of the pandemic have resulted in escalated rates of intimate partner violence, and in some cases more severe injuries," he said.

The passage of the bill came less than 24 hours after eight people, six of them females of Asian descent, were killed in three shooting incidents in the Atlanta area in the state of Georgia, underscoring the worrisome rise in anti-Asian violence in the United States.

"This crime has elements that we are trying to address here in Congress, gun violence, violence against women and the meteoric rise of violence we are witnessing against the (Asian American and Pacific Islander) community," Marilyn Strickland, Democratic congresswoman from the Washington state, said during the floor debate.

"As a woman who is Black and Korean, I'm acutely aware how it feels to be erased or ignored and how the default position when violence is committed against women of color or women is to defer from confronting the hate that is often the motivation," she said.