WASHINGTON - The US House of Representatives on Wednesday approved the final version of the 1.9-trillion-US-dollar COVID-19 relief bill, sending it to President Joe Biden's desk for his signature. 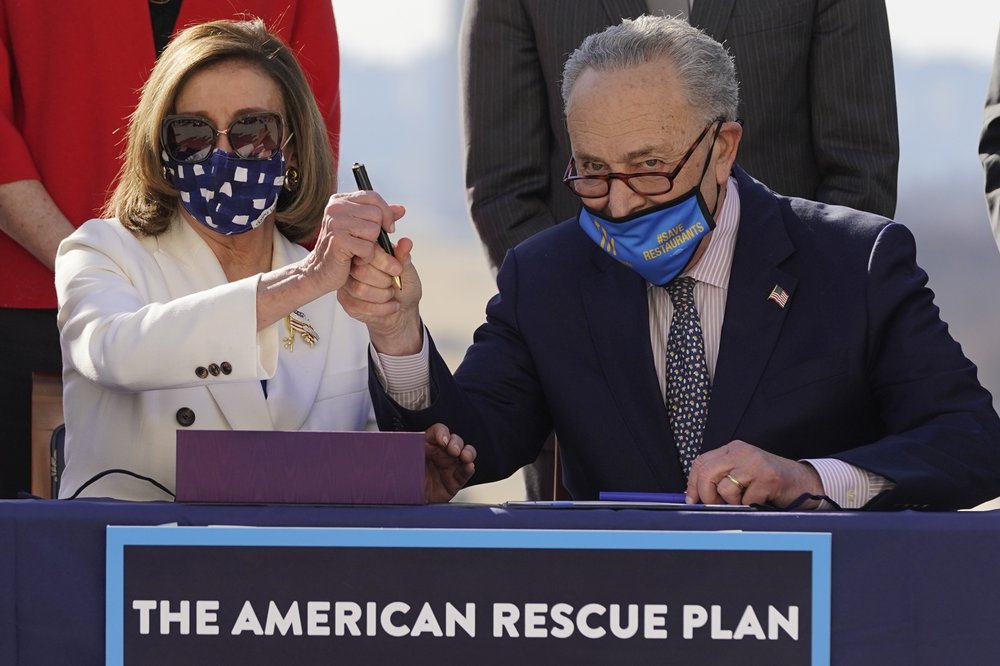 The Democrats-controlled House approved the final relief bill by a vote of 220 to 211 almost along party lines. The Senate passed the bill in a 50-49 vote last week after making changes to the original version passed by the House.

The legislation, known as American Rescue Plan Act of 2021, includes a new round of up to 1,400 dollars of direct payments for most Americans, 350 billion dollars for state and local governments, as well as funding to directly combat the pandemic. It also extends an additional 300-dollar weekly federal unemployment benefit through September.

"We are moving full speed ahead on the implementation of the bill, because we know the American people need help, and need it as soon as possible," Psaki said at a White House press briefing.

It marks the sixth coronavirus-related legislation enacted by US Congress since the pandemic began more than a year ago. An inability to contain the virus has already caused more than 528,000 deaths in the country, according to a tally by Johns Hopkins University.

Democrats have touted the 1.9-trillion-dollar measure as one of the most popular bills in decades, calling it a bold COVID-19 relief for people across the country, which would significantly cut poverty and boost recovery.

However, Republicans argue that it is too costly, accusing Democrats of abandoning bipartisanship to jam through liberal policies unrelated to the pandemic, as Congress passed five pandemic rescue packages totaling 4 trillion dollars in a bipartisan way last year.

Wall Street and public-sector economists have revised up forecasts for US economic growth due to the massive relief package and the vaccine roll-out.

The Organization for Economic Cooperation and Development (OECD) on Tuesday predicted that the US economy would expand 6.5 percent in 2021, up from 3.2 percent estimated three months ago.

The US economy contracted 3.5 percent in 2020 as the pandemic depressed consumer spending and business investment, the largest annual decline of US gross domestic product (GDP) since 1946.