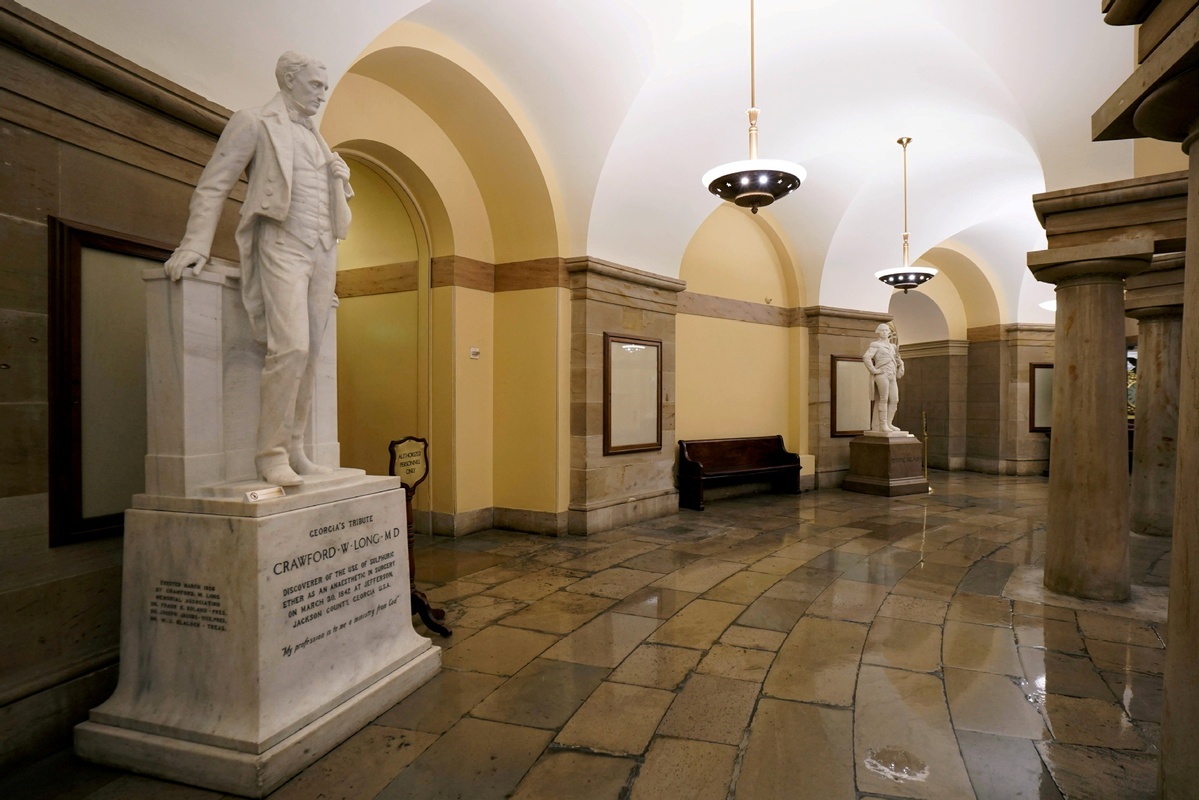 The spot in the US Capitol's crypt where a statue of Confederate General Robert E. Lee had been, now sits empty, after the monument was removed to be replaced with a statue of Black civil rights pioneer Barbara Johns, on Capitol Hill in Washington, US, Dec 21, 2020. (Photo: Agencies)

WASHINGTON - The US House on Tuesday passed a legislation which will remove statues in the Capitol Hill that pay tribute to historical figures with legacies of defending slavery, including those who served the Confederacy.

A total of 67 Republicans joined with all Democrats in support, while 120 voted against it. The final vote was 285-120.

"We ought not to forget history. We must learn from history. But we ought not to honor that which defiled the principles for which we think we stand," said House Majority Leader Steny Hoyer, Democrat of Maryland, the bill's leading sponsor.

"It's time to remove those symbols of slavery, segregation and sedition from these halls," Hoyer said.

The legislation would order the removal of more than half a dozen Confederate statues currently on display in the Capitol as part of the National Statuary Hall Collection.

Under the current rules for the collection, a statue can be removed only after gaining approval from the state government that contributed it.

The statues to be removed include figures such as Jefferson Davis, the president of the Confederacy; Alexander Hamilton Stephens, the Confederacy's vice president; and Wade Hampton, a South Carolina plantation owner who served as a Confederate general during the Civil War.

Also to be abandoned is a bust of former Supreme Court Chief Justice Roger Taney, the author of the 1857 Dred Scott ruling that Black people lacked the rights of citizens. It would be replaced by a bust of Thurgood Marshall, the first African American justice to serve on the high court.

Some Republicans argued the legislation would undermine states' authority, which is unnecessary, especially when some Southern states are already moving to replace the statues.

In December, a statue of Robert E. Lee, the Confederate army commander, was removed from the Capitol at the request of leaders of the state of Virginia. In its place, a statue of Barbara Johns, a civil rights activist who led a student walkout to protest school segregation, will be erected.

The Democratic-controlled House passed a version of the bill last year in response to protests advocating for racial justice that swept the nation following the death of George Floyd, a black man murdered by a former Minneapolis police officer.

At that time, the bill stalled in the then GOP-controlled Senate.