WASHINGTON, Dec. 20 (Xinhua) -- The US House passed a temporary spending bill Thursday that includes funding for President Donald Trump's long-promised border wall but it is unlikely to get enough votes from the senators. 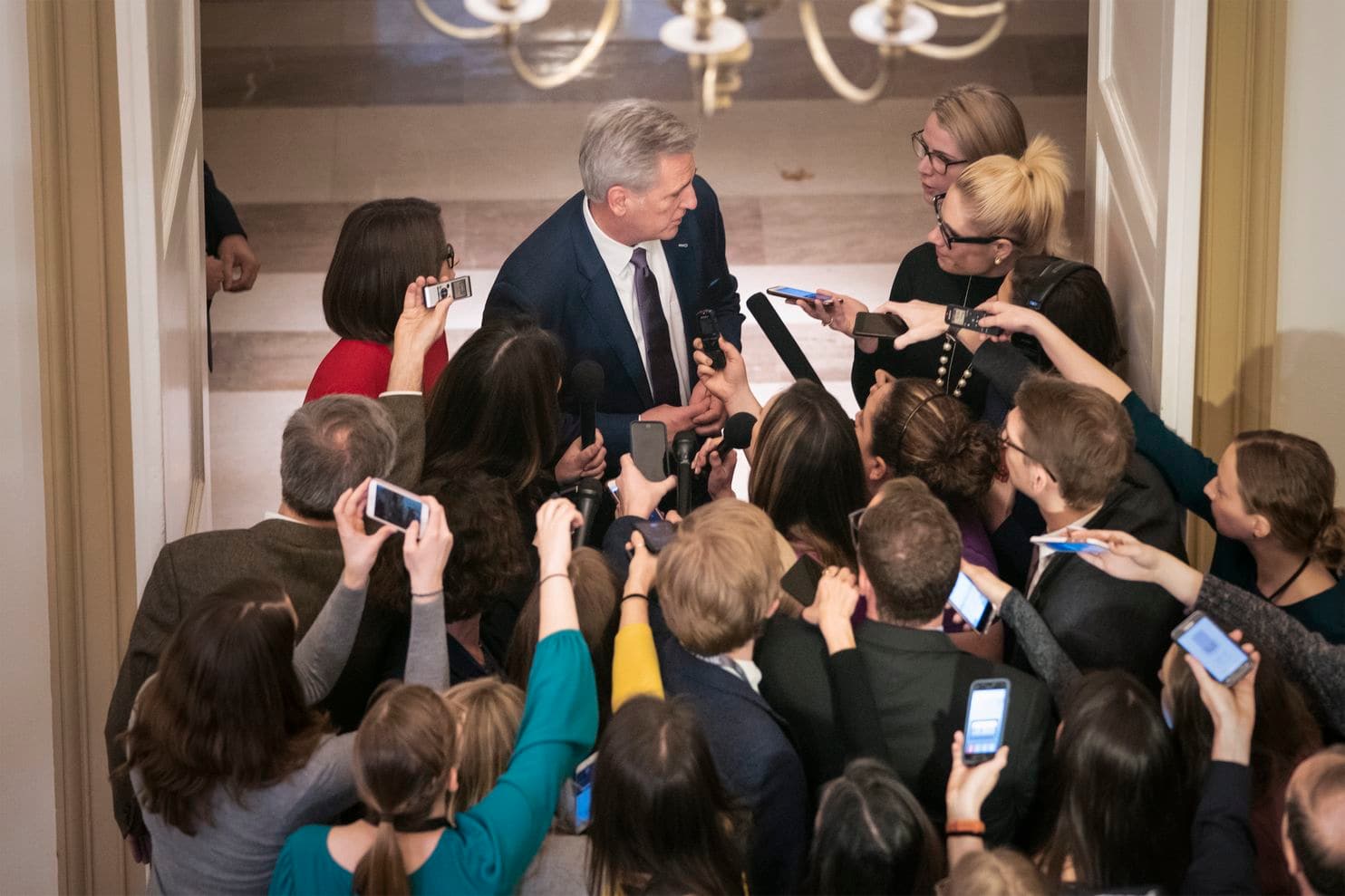 House Majority Leader Kevin McCarthy, R-Calif., top, is met by reporters at the Capitol after he and Speaker Paul Ryan returned from the White House as Congress tries to pass legislation that would avert a partial government shutdown, at the Capitol in Washington, Thursday, Dec. 20, 2018. (Photo: AP)

The Republican-led House approved the measure to keep the federal government running into February by a 217-185 vote, largely along party lines, sending it to the upper chamber.

Senate Democratic leader Chuck Schumer told reporters Thursday that the House bill "clearly will not come close" to getting the 60 votes needed to pass the Senate.