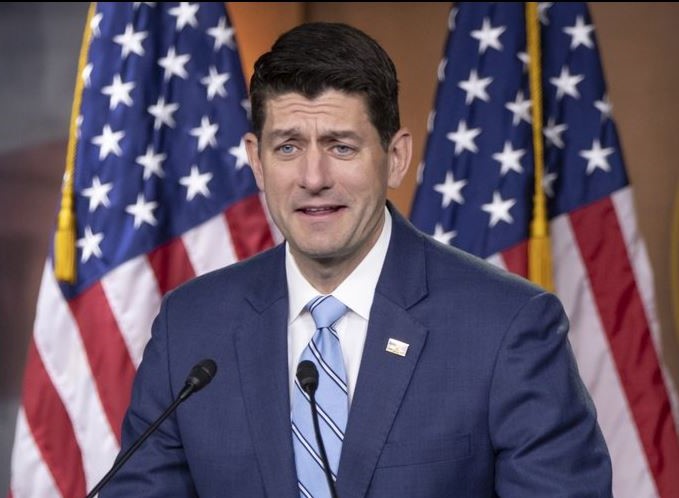 In this June 7, 2018, photo, House Speaker Paul Ryan, R-Wis., takes questions from reporters on Capitol Hill in Washington. Ryan said Thursday he’s not comfortable with a Trump administration policy that separates children from their parents at the southern border and said Congress should step in to fix the problem. “We don’t want kids to be separated from their parents,” Ryan said, adding that the policy is being dictated by a court ruling that prevents children who enter the country illegally from being held in custody for long periods. (Photo: AP)

Washington (People's Daily) - US House Republicans have made the decision to postpone a crucial immigration bill vote so as to gain more support within the party. The vote, previously planned to be taken on Thursday afternoon, is now reschedule for Friday.

This new compromise bill provides a pathway for illegal immigrant minors, also known as Dreamers, to become US citizens while also providing funding for US President Donald Trump’s US-Mexico border wall. The wall’s funding is a precondition set by Trump for any possible immigration reform. Moreover, the bill also plans to reduce legal immigration to the US in the future.

While the prospect of the compromise bill is still unclear, the House has already killed a more conservative immigration bill with a 193-to-231 vote on Thursday. This separate bill, drafted by House Judiciary Committee Chairman Bob Goodlatte, allowed for Dreamers to stay in US temporarily, but did not include any pathways for them to become US citizens in the future.

Over the last week, the policy of the Trump administration to separate immigrant children from their parents on the border has triggered outrage in the US and abroad. President Trump on Wednesday backed down from his firm stance by signing an executive order requiring immigrant families be detained together. The compromise bill also contains provisions requiring immigrant children to be kept with their parents while their deportation decisions are pending.

Solidarity within the party is crucial for House Republican leadership to pass the compromise bill. Democrats in the House have already voiced their opposition to the bill due to its cuts to legal immigration and border wall funding.