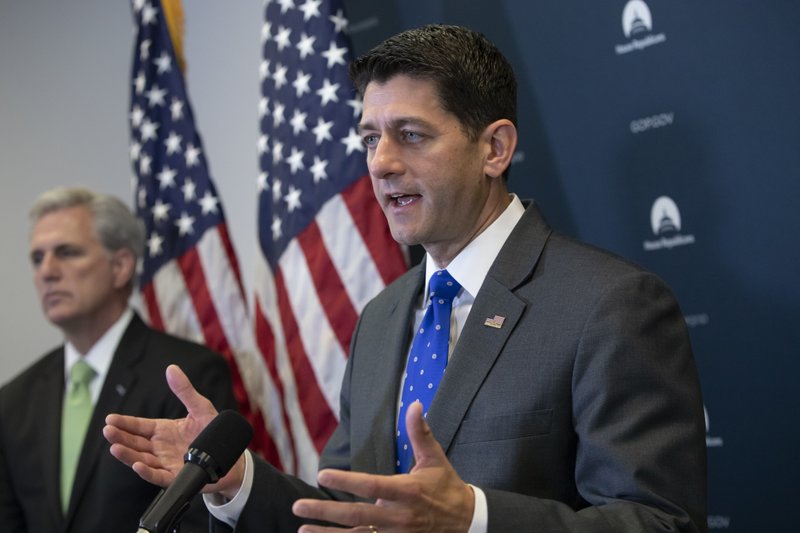 Speaker of the House Paul Ryan talks to reporters following a GOP strategy session at the Capitol in Washington, Tuesday, June 26, 2018.  (Photo: AP)

Washington (People’s Daily) - The US House of Representatives rejected the so-called Republican compromise immigration bill on Wednesday. The bill was meant to be a pathway for “Dreamers” to obtain US citizenship, and help fund the US-Mexico border wall, a precondition for all immigration reform measures set by US President Donald Trump.  The bill would have also reduced legal immigration to the US in the future.The defeat has been interpreted as a rebellion among GOP House members against party leadership. In an early Wednesday morning tweet, Trump said, “HOUSE REPUBLICANS SHOULD PASS THE STRONG BUT FAIR IMMIGRATION BILL, KNOWN AS GOODLATTE II, IN THEIR AFTERNOON VOTE TODAY, EVEN THOUGH THE DEMS WON’T LET IT PASS IN THE SENATE. PASSAGE WILL SHOW THAT WE WANT STRONG BORDERS & SECURITY WHILE THE DEMS WANT OPEN BORDERS = CRIME. WIN!”