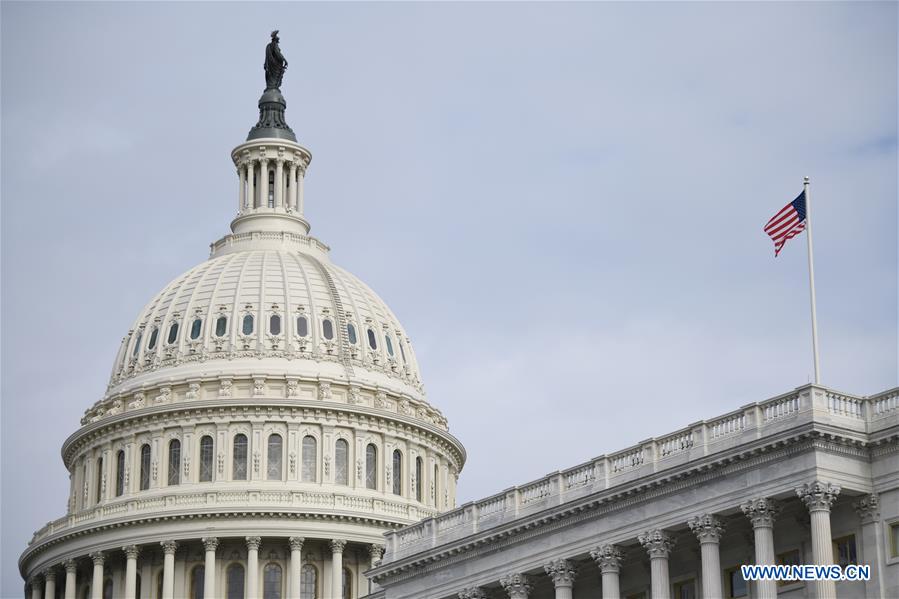 WASHINGTON, Oct. 28 (Xinhua) -- U.S. House Speaker Nancy Pelosi on Thursday again pushed back the timeline for a vote on a 1-trillion-U.S. dollar infrastructure bill amid resistance from progressive House Democrats.

"As you know by now, the House will postpone the vote on the BIF (Bipartisan Infrastructure Framework)," Pelosi said Thursday evening in a letter to House Democrats.

"The good news is that most Members who were not prepared for a yes vote today have expressed their commitment to support the BIF," she said.

"As you may recall, we are ready for the Floor vote on the BIF, because the debate on the rule and the bill have already occurred," said the Democratic speaker.

The decision to delay the vote came hours after Pramila Jayapal, chair of the Congressional Progressive Caucus, said that the so-called Build Back Better Framework announced by U.S. President Joe Biden earlier in the day was not enough to get progressives on board.

"Members of our Caucus will not vote for the infrastructure bill without the Build Back Better Act. We will work immediately to finalize and pass both pieces of legislation through the House together," Jayapal said in a statement.

Biden on Thursday morning unveiled a framework for a 1.75-trillion-dollar social spending package, known as the Build Back Better Framework, in a bid to pave the way for House Democrats to pass the bipartisan infrastructure bill that was approved by the Senate earlier this year.

Progressive House Democrats have held up the Senate-passed bill for months, demanding a vote on the larger social spending plan.

Delaying the infrastructure vote again is a significant setback for Democrats with Biden making clear privately for more than a week he wanted passage of the bipartisan measure before he arrives at a United Nations Climate Change Conference of the Parties in Glasgow of Scotland on Nov. 1, according to CNN.

Pelosi had told House Democrats earlier Thursday not to "embarrass" Biden by voting down the infrastructure bill during Biden's trip overseas.