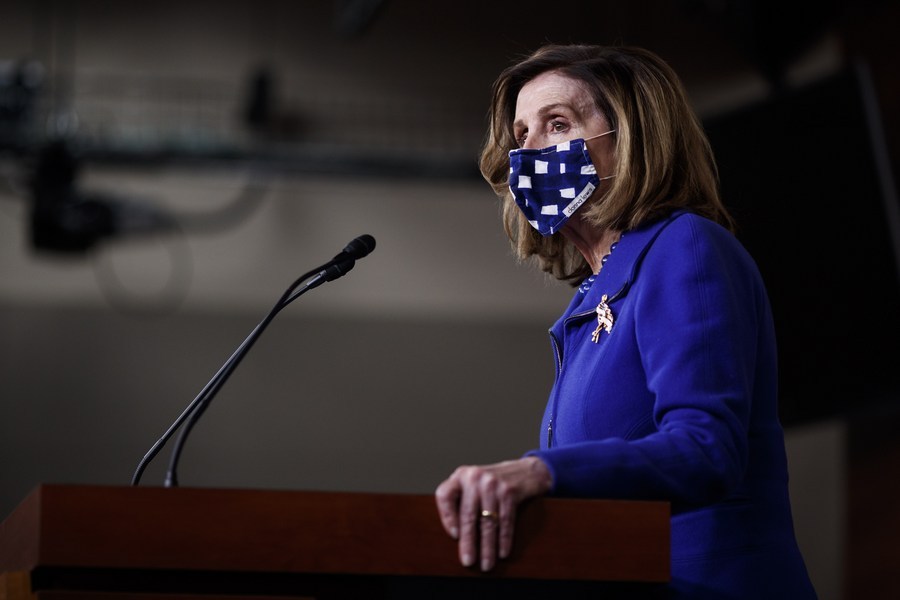 "To protect our security, our next step will be to establish an outside, independent 9/11-type Commission to investigate and report on the facts and causes relating to the January 6, 2021 domestic terrorist attack upon the United States Capitol Complex ... and relating to the interference with the peaceful transfer of power," Pelosi wrote in a letter to House Democrats.

"For the past few weeks, General Honore has been assessing our security needs by reviewing what happened on January 6 and how we must ensure that it does not happen again," Pelosi wrote, referring to retired Lt. General Russel Honore who she tapped to lead a review of Capitol's "security infrastructure" following the riot last month.

"It is clear from his findings and from the impeachment trial that we must get to the truth of how this happened," Pelosi said, adding that the House will also put forth supplemental spending to boost security at the Capitol.

The U.S. Senate on Saturday acquitted Trump on the article of impeachment for inciting insurrection leading to the Capitol riot. Five people died in the attack, including a Capitol police officer.