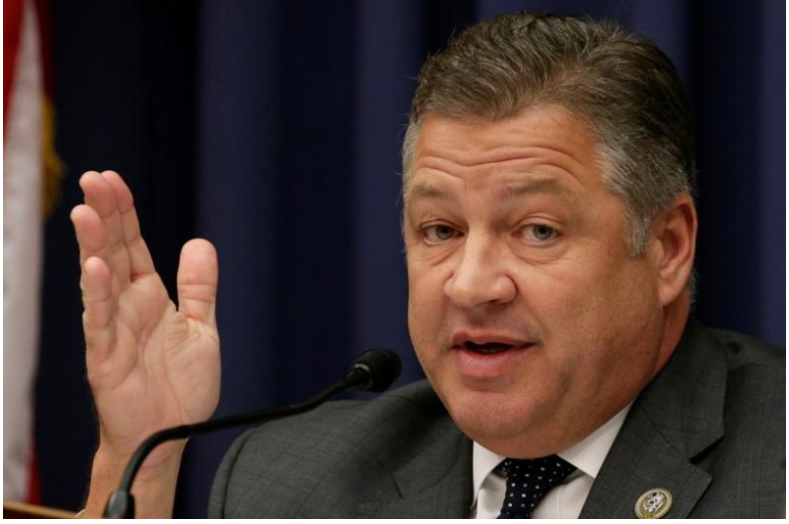 Chairman of the House Committee on Transportation and Infrastructure Bill Shuster speaks at a committee hearing on "Oversight of US Airline Customer Service," in the aftermath of the recent forced removal of a passenger from a Chicago flight at the US Capitol in Washington, D.C., US, May 2, 2017. Photo: REUTERS/Kevin Lamarque.

Republican Representative Bill Shuster, the chairman of the Transportation Committee in the US House of Representatives, will not run for re-election in November, he said in a statement on Tuesday.

Shuster, 56, who has served in Congress since 2001, said in a statement that he will spend his last year in office “working with President Trump and my Republican and Democratic colleagues in both Chambers to pass a much needed infrastructure bill to rebuild America.”

Trump, who met with Shuster in December to talk about rebuilding US roads and other projects, is expected to unveil an infrastructure proposal later this month.

The administration previously proposed $200 billion in government funding over 10 years as part of a goal of getting $1 trillion in public and private infrastructure spending, but that has been panned by Democrats who want significantly higher government spending fixing roads, bridges and other infrastructure items.

Shuster has championed a plan backed by Trump to privatize the US air traffic control system, but it has faced opposition in Congress and was not approved last year.

The Pennsylvania congressman proposed legislation that would make it illegal for an airline to bump an already boarded passenger from a flight. In April, a United Airlines passenger was forcibly removed from his seat, prompting public outrage. The airline banned the practice.

Congress is expected to take up airline reforms this year before the current Federal Aviation Administration authorization expires at the end of March.