US imposes fresh sanctions against Russia over Navalny, Nord Stream 2 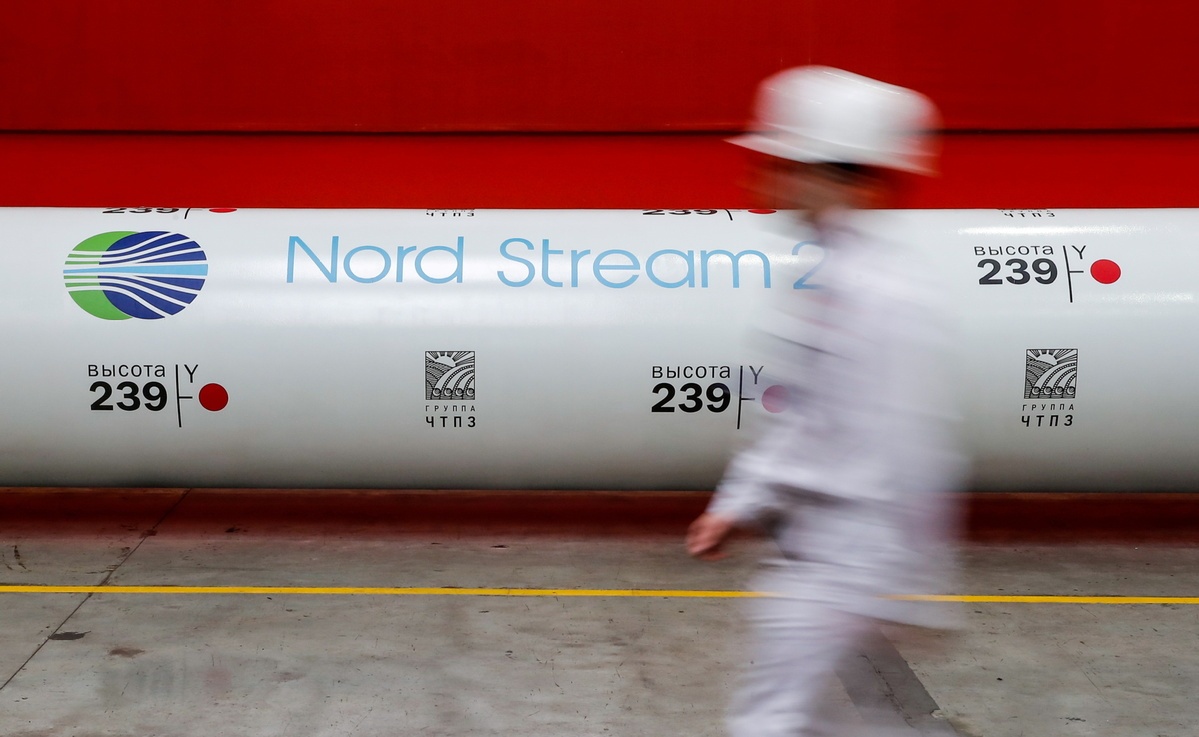 WASHINGTON - The United States on Friday announced new sanctions against Russian individuals and entities over the alleged poisoning of Kremlin critic Alexei Navalny and the Nord Stream 2 gas pipeline project.

The Department of the Treasury said in a statement that it designated nine Russian individuals and two Russian entities "involved in Navalny's poisoning or Russia's chemical weapons program." Many designated are members of Russia's Federal Security Service.

In addition, the Department of State designated two Russian Ministry of Defense scientific laboratories that have engaged in activities to develop Russia's chemical weapons capabilities, according to the statement.

These sanctions came amid the first anniversary of the alleged poisoning of Navalny.

The US intelligence community assessed that Russia's Federal Security Service officers used a nerve agent known as Novichok to poison Navalny on Aug. 20, 2020. The administration of U.S. President Joe Biden in March this year announced multiple sanctions and restrictions against Russian individuals and entities over the issue.

Russia repeatedly denied such accusations, saying the Navalny case is a purely domestic affair and foreign intervention is not allowed.

In a separate move, the Department of State said Friday it had submitted a report to Congress pursuant to the Protecting Europe's Energy Security Act of 2019 (PEESA), as amended. The report lists one Russian vessel and two Russian persons involved in the Nord Stream 2 pipeline.

"With today's action, the Administration has now sanctioned 7 persons and identified 16 of their vessels as blocked property pursuant to PEESA in connection with Nord Stream 2," Secretary of State Antony Blinken said.

The 1,230-km gas pipeline, expected to be completed soon, would bring 55 billion cubic meters of gas annually from Russia to Germany through the Baltic Sea.

The United States has long claimed that the Nord Stream 2 is a geopolitical maneuver by Moscow that will undermine Ukraine's role in transiting energy to Europe and increase European dependence on Russian gas. Germany and Russia insisted that the project is purely commercial.

The United States and Germany reached a deal in July over the controversial pipeline project. Berlin agreed to support Ukraine to strengthen its energy sector and act against Russia if it weaponizes the energy.