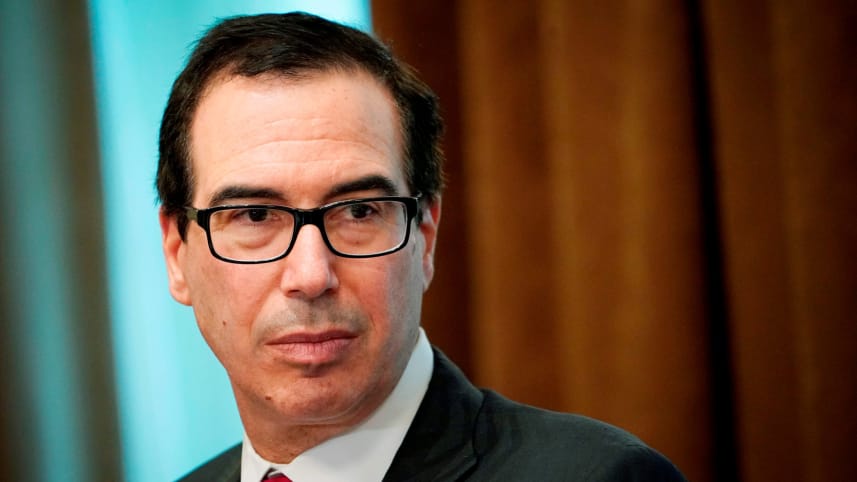 US Treasury Secretary Steven Mnuchin watches as Trump speaks during a meeting with Republican members of Congress and Cabinet members in the White House in Washington, on June 20, 2018.(Photo: AFP)

WASHINGTON, Dec. 19 (Xinhua) -- The United States on Wednesday imposed sanctions on 18 Russian individuals and four entities, according to a statement issued by the US Department of Treasury.

The sanctions were in response to "Russia's continued disregard for international norms," said the statement.

According to the statement, 15 of 18 individuals are members of Russia's Main Intelligence Directorate (GRU), whom the United States accused of involving in "attempting to interfere in the 2016 US election, efforts to undermine international organizations through cyber-enabled means, and an assassination attempt in the United Kingdom."

All property and interests in property of these persons subject to or transiting US jurisdiction are blocked, and Americans are generally prohibited from engaging in transactions with them, according to the statement.

The Trump administration to date has sanctioned 272 Russia-related individuals and entities, said the Treasury Department.

The Russian government has long regarded the sanctions imposed by the United States illegal, vowing to respond accordingly.

The frequent sanctions, the growing US military presence in Eastern Europe along with US decision of abandoning the Intermediate-range Nuclear Forces (INF) Treaty have intensified ongoing tension in U.S.-Russia relations.