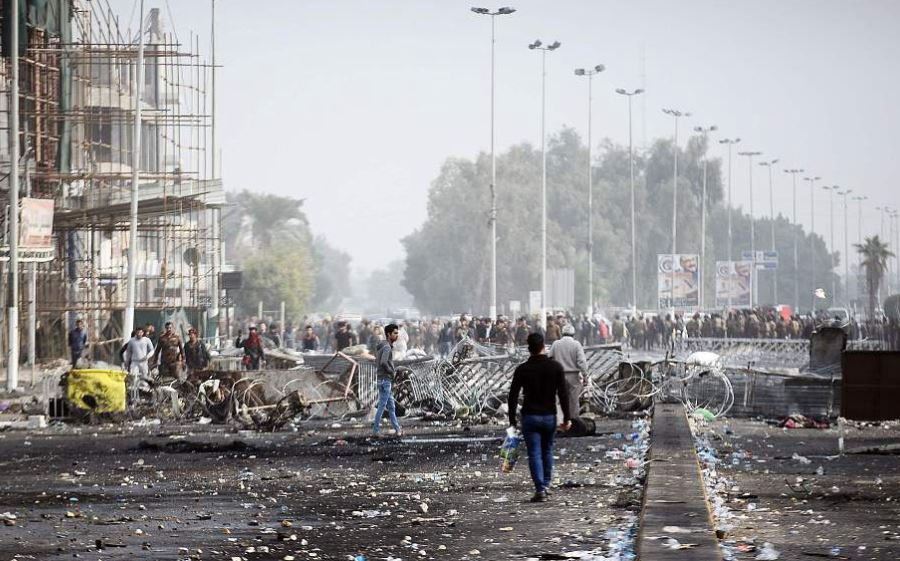 Washington on Friday imposed sanctions on three Iranian-backed Iraqi paramilitary leaders who it accused of directing the killing of Iraqi protesters and threatened future sanctions if violence against demonstrators continued.

The sanctions announced on Friday are the latest US targeting of Iraqi individuals or armed groups with close links to Tehran as Washington ramps up economic pressure to try to counter Iranian influence in the Middle East.

The sanctions target Qais al-Khazali, leader of the Asaib Ahl al-Haq Iran-backed militia and his brother Laith al-Khazali, another leader of the group, according to a statement from the US Treasury Department.

They were designated under a law that will seize any assets they have in the United States and ban them from visiting.

Reuters citing a senior US Treasury official as saying the sanctions were timed to distance those figures from any role in forming a new government.

Assistant Secretary for Near Eastern Affairs David Schenker told reporters Washington would be ready to impose further sanctions on others over the killings of protesters if the violence did not stop.

Iraq's two main allies, the United States and Iran, have acted as power brokers in Iraq since the 2003 US invasion that toppled Saddam Hussein. Iran's allies have mostly dominated state institutions since then.

Soleimani was reported to be in Baghdad this week.

On Friday, Iraq's top Shiite Muslim cleric Grand Ayatollah Ali al-Sistani said that a new prime minister must be chosen without foreign interference in an apparent nod to Iranian influence.

Sistani has repeatedly condemned the killing of unarmed protesters and has also urged demonstrators to remain peaceful and stop saboteurs turning their opposition violent.

"We hope a new head of government and its members will be chosen within the constitutional deadline" of 15 days since the resignation was formalized in parliament on Sunday, a representative of Sistani said in his Friday sermon in the holy city of Kerbala.

"It must also take place without any foreign interference," he said, adding that Sistani would not get involved in the process of choosing a new government.

President Barham Salih officially has 15 days – until December 16 – to name a new prime minister tasked with forming a government that would be approved by parliament up to a month later.

Iraqi lawmakers say they will then move to hold a general election next year but protesters say that without a new, fully representative electoral law and unbiased electoral commission, a snap vote will keep corrupt politicians in power.