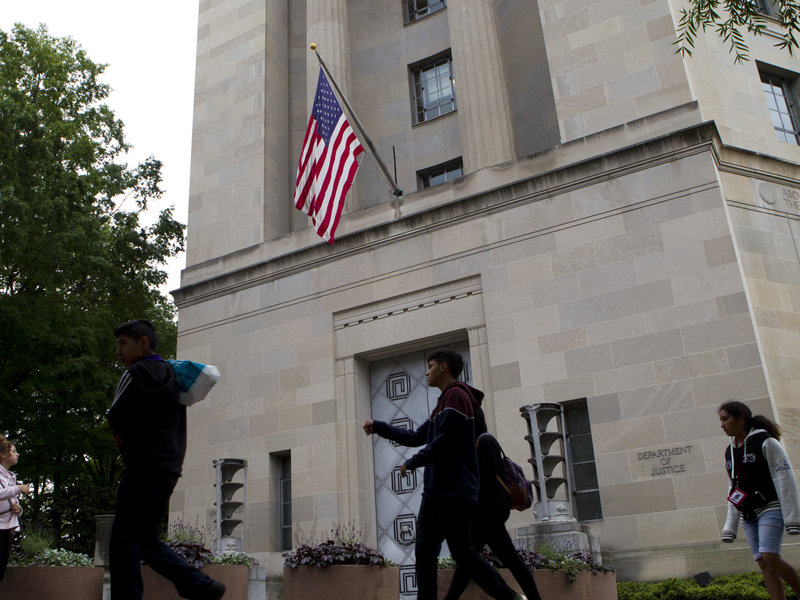 File photo of the Department of Justice building. (Photo: AP)

"The defendants and their co-conspirators caused damage and disruption to computer networks worldwide, including in France, Georgia, the Netherlands, Republic of Korea, Ukraine, the United Kingdom, and the United States," the Justice Department said in a statement.

The statement said the six defendants were officers with the Russian Main Intelligence Directorate (GRU), a military intelligence agency of the General Staff of the Armed Forces.

According to the statement, they targeted Ukraine's electric power grid, 2017 French elections, the 2018 PyeongChang Winter Olympics, U.S. hospitals and medical facilities, among others.

The statement also noted that one of the defendants in this indictment had been previously charged over his suspected role in the 2016 U.S. elections meddling.