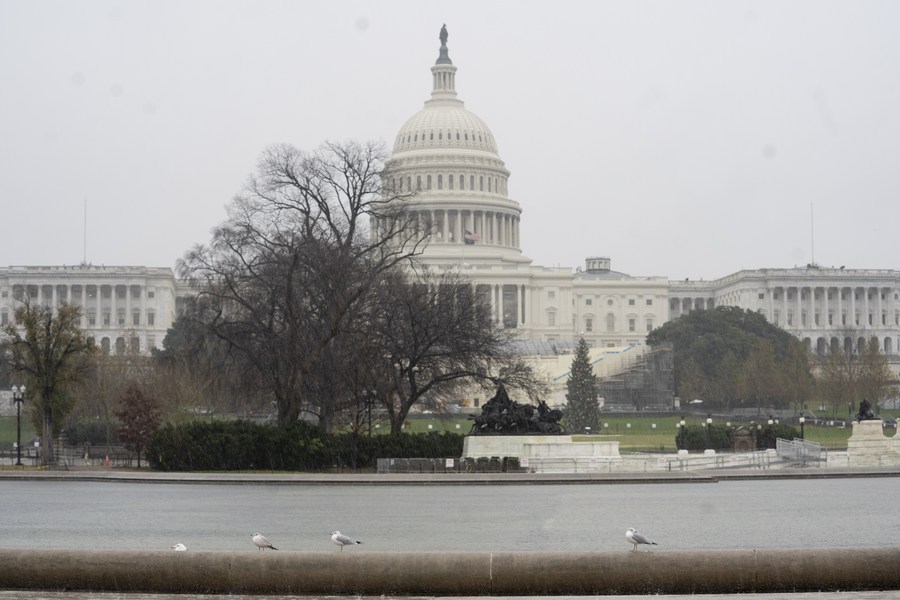 A Chinese Foreign Ministry spokesperson said Wednesday that America's Indo-Pacific strategy is in essence a strategy of hegemony and that the United States should abandon Cold War and zero-sum thinking.

Spokesperson Zhao Lijian made the remarks in response to a recently declassified document of America's Indo-Pacific strategy at a regular news briefing.

The report highlights the Cold War mentality and military confrontation, which goes against the mutually-beneficial spirit of regional cooperation, runs counter to regional people's aspiration for peace, stability and development, and threatens regional prospects of peace and development, Zhao said.

"We believe countries in the region are clear-headed and vigilant enough not to be hijacked onto the U.S. chariot or be used as a tool to maintain U.S. hegemony," said Zhao, noting that the United States is keen to form cliques and factions and adopt dishonorable tactics such as provoking dissensions.

Noting that it is a serious breach of the U.S. government's solemn commitment on Taiwan to China, Zhao said there is only one China in the world and Taiwan is an inseparable part of China.

He added that the report maliciously distorts China's neighborhood diplomacy and hypes up the so-called "China threat." "As a responsible member of the Asia-Pacific, China actively practices a neighborhood diplomacy of amity, sincerity, mutual benefit and inclusiveness, making important contributions to regional peace, stability and prosperity," said Zhao.

The United States should respect China's core interests and major concerns, step up communication and dialogues with China to properly manage and control differences, and help make the Asia-Pacific a stage for mutually-beneficial cooperation instead of an arena for major power rivalry, he added.