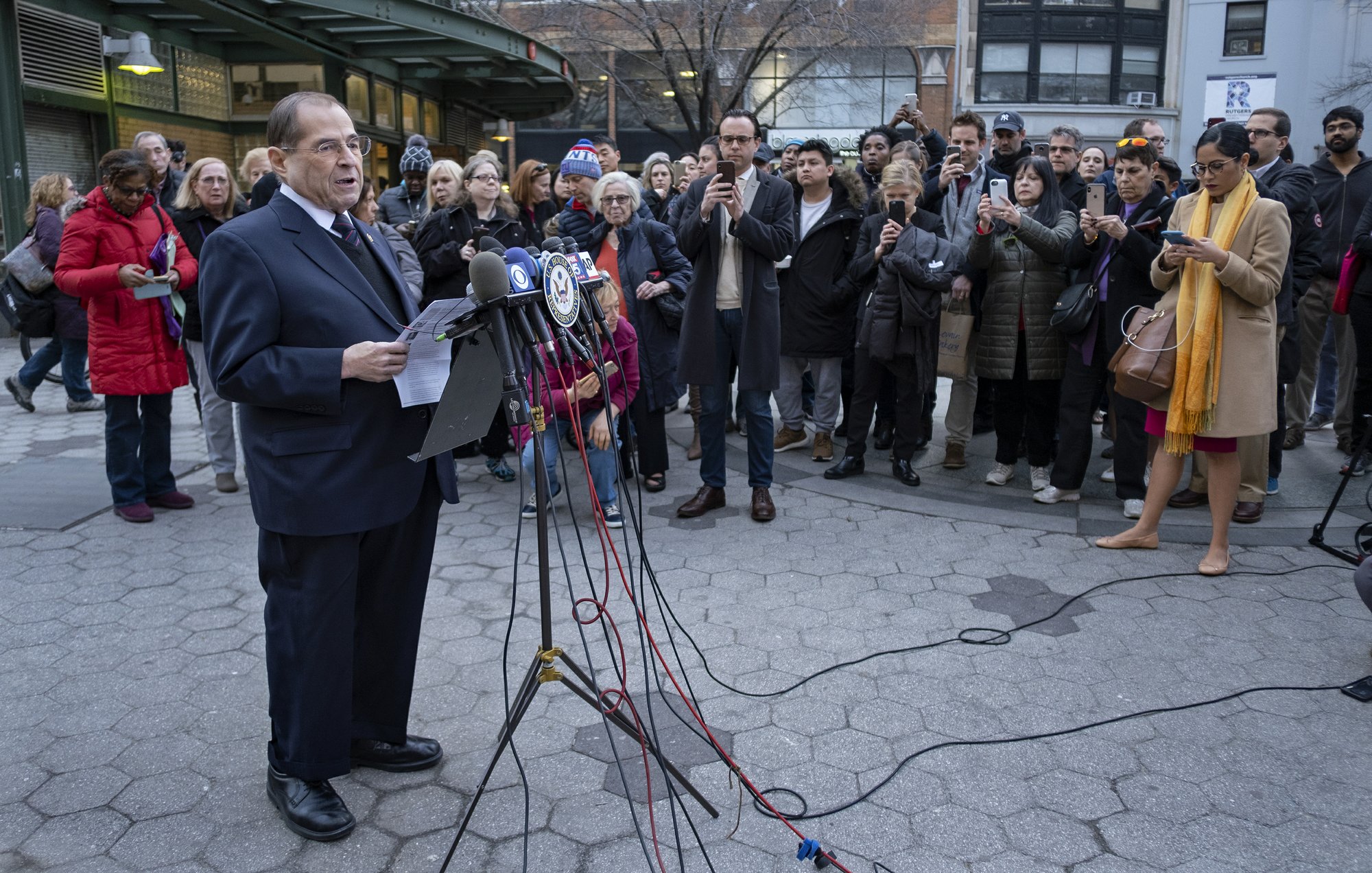 US House Judiciary Committee Chairman Jerrold Nadler, D-N.Y, speaks during a news conference at a subway station in the Upper West Side neighborhood of New York Sunday, March 24, 2019, in the wake of Attorney General William Barr's Summary of the Mueller Report. (Photo: AP)

The panel was scheduled to interview Felix Sater on Wednesday. He is a former business adviser to Trump who worked on an unsuccessful deal to build a Trump Tower in Moscow.

Intelligence committee spokesman Patrick Boland said Monday that the panel is instead focusing this week on bringing in Justice Department officials to better understand Mueller’s report.

A four-page letter from Attorney General William Barr announced Mueller’s main findings, including no evidence of collusion by Trump’s 2016 campaign with the Russian government.

Democrats say the letter is not enough and are looking for the full report.