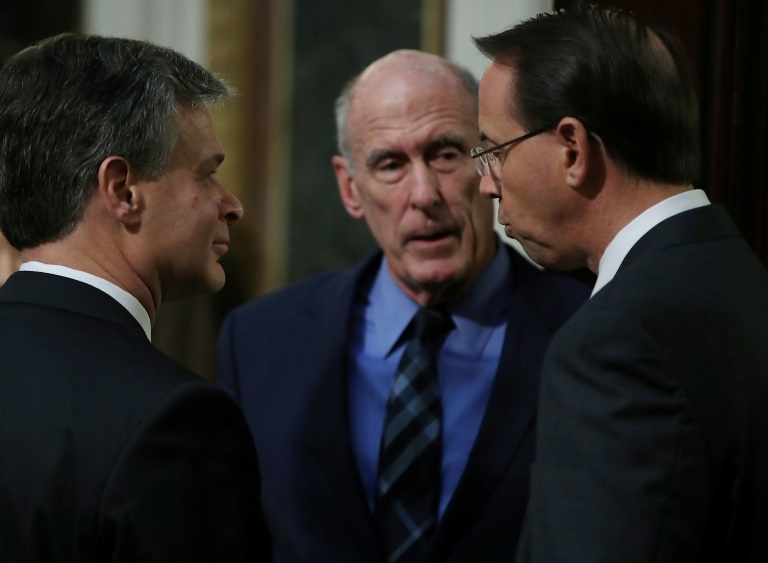 US Director of National Intelligence Dan Coats said Tuesday that he is heading to Europe to explain to allies Washington's decision to pull out of a major nuclear weapons treaty because of Russian violations.

Coats told reporters that he will meet NATO defense and intelligence officials in Brussels this week to discuss President Donald Trump's decision in October to withdraw from the 1987 Intermediate-Range Nuclear Forces Treaty (INF), a move that has fueled fears of a dangerous arms race.

The intelligence community assesses Russia has flight-tested, produced, and deployed cruise missiles with a range capability that are prohibited by the treaty," Coats said.

"Russia has shown no sign that it is willing to acknowledge its violation, let alone return to full and verifiable compliance."

Coats said he would explain the threat to Europe from Russia's furtive development of its new 9M729 ground-based missile system, which Washington says has a reach that exceeds the INF limit of 500 kilometers (300 miles).

"Russia continues to press forward and as of late 2018 has fielded multiple battalions of 9M729 missiles, which pose a direct conventional and nuclear threat against most of Europe and parts of Asia," Coats said.

The Trump administration has yet to pinpoint a date for its official withdrawal from the treaty, leaving room for a possible fix that would likely also have to involve China, which was not a party to the INF.

"Number one, they would have to admit that they cheated," Coats said of Russia.

"Number two, they would have to acknowledge that they would then take actions to get us back on an even keel, so that (Russia) didn't retain that strategic advantage" from the new missile program.

"We need full verifiable elimination of all missiles that fall in this category, if we're going to go forward," he said.